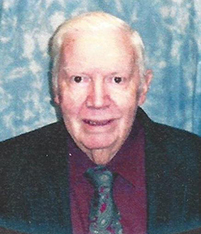 Graveside services for Bobby Lawson, 88, of Lufkin will be held Thursday, April 11, 2019 at 11:00 a.m. in the Bethel Cemetery in Appleby with Pat Jones officiating.

Mr. Lawson was born September 22, 1930 in Cedar Bluff, Texas to the late Clara (Wright) and Newton Lawson, and died Monday, April 8, 2019 in a local hospice facility.

Mr. Lawson had resided in Lufkin for more than 30 years. He proudly served his country in the United States Army from 1951-1953. He was an Inspector for Texaco at their Port Arthur plant and retired after 38 years of service. He was a loyal union member to OCAW Local #423. Mr. Lawson loved the Lord and his church. He was a member of Union Road Church of Christ.

He was preceded in death by his parents; wife of 53 years in 2007, Betty Raiford Lawson; granddaughter, Clara G. Lawson; and brothers, Joe H. Lawson and Kenneth H. Lawson.

Honorary pallbearers will be J.C. Balch and Harry Dodge.

The family will welcome friends and loved ones from 5:00 to 7:00 p.m. Wednesday evening at the funeral home.

Memories and condolences may be added at www.carrowayfuneralhome.com.

Daniel Boyd Rich, 84,of Houston passed away on Tuesday, April 9, 2019 at Oakwood Manor Nursing Home in Vidor. He... read more