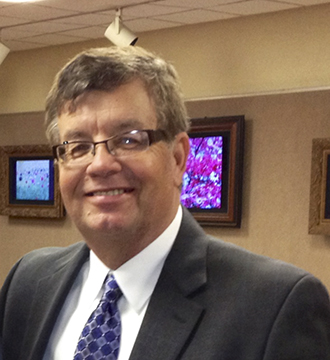 Don Sodman is the incoming president of the Groves Chamber of Commerce.

Sodman will be inducted into his new role during the chamber’s annual breakfast Tuesday, where he will take the reins from businesswoman Beverly Hereford.

When speaking of his goals, one of the first items mentioned was the Groves Pecan Festival.

“This year will be our 50th Annual Pecan Festival and the chamber is intimately involved with the event,” Sodman said. “We want it to be bigger and better than ever and to extend it past the four days.”

The festival is held in the late fall and comes under the direction of the chamber. Sodman would like to see a wider range of family events, a larger carnival and more.

In addition, Sodman wants the chamber to work to attract new businesses to Groves. He hinted there are some prospects on the horizon but couldn’t elaborate; he did say he thinks they will make residents happy.

He also harkened to the upcoming formation of a Groves Business Round Table, which stems from a conversation with Groves resident and Port Arthur business owner Michelle DeJean, and city and chamber officials. The idea is to open the lines of communication between the business owners and the city and chamber.

And sometimes you need a little help from friends especially — when taking on major tasks.

“We are actively seeking volunteers to help with all of our activities,” he said.

Some of the activities include the Pecan Festival and related events such as the scholarship pageant and the art-and-photo contest. There will be other events such as the annual Easter Egg Hunt, held the weekend before Palm Sunday that attracts about 100 kids and Christmas Tree Train to Groves, among others.

“We basically have a two-person chamber staff,” he said. “We can’t put any more on their platter.”

“It was very rewarding to me,” Herford said. “There were some challenges along the way but we rallied through it and I thought our city is going to do great.”

Herford said she is looking to the coming year with the new president.

Sodman has served in the military and worked at NASA in aerospace during the Apollo years. He realized NASA funding would be cut so he went to law school and practiced law for 30 years. He went into semi-retirement, then taught at Tekoa Academy for three years.