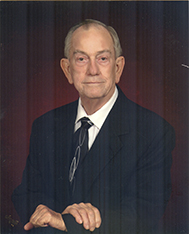 Donald Wayne “Don” Crane, 84, of Port Arthur, Texas went to be with his heavenly Father on January 19, 2019 at Mid Jefferson Extended Care Hospital of Nederland.

He was born on June 2, 1934 in Eunice, Louisiana to O.A. and Vernice McManus Crane and was raised in Beaumont, Texas.

Don graduated from Beaumont High School, then attended Texas A&M University. He graduated from Lamar State College of Technology with his BBA as an accounting major. He spent over 50 years in the accounting industry, the last 30 years with his own firm, Donald W. Crane, CPA. He just retired on December 31, 2018.

On January 26, 1953 Don married Evelyn Joyce Rice. Together, they raised three children, and were together for 53 years, until his beloved wife preceded him to heaven on September 20, 2006. He was blessed again, having found love a second time in the autumn of his life. He married Roberta “Cookie” Boulet on Valentine’s Day, 2008. They remained together until his death.

Don was preceded in death by his parents, his wife Evelyn, and his sister, Madeline Brown of Nederland.

Funeral services will be at 11:00 a.m., Saturday, January 26, 2019 at Levingston Funeral Home in Groves. Burial will be at Greenlawn Memorial Park.

A visitation for family and friends will be held on Friday evening from 6:00 p.m.-8:00 p.m. at the funeral home.

In lieu of flowers the family requests that donations be made to Memorial Baptist Church or a charity of your choice.