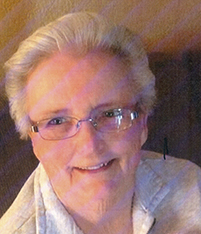 Sydney was a graduate of Thomas Jefferson High School and member of First Baptist Church in Port Arthur.

She had lived in Groves until 1989 before moving to Palestine and then to Austin to be near her daughter.

Before her retirement she had been credit manager of Dryden’s in Groves and assistant business manager at St. Mary Hospital.

Sydney was active with the Southern Baptist Disaster Relief Organization and helped victims of Hurricanes Rita and Katrina, the Bastrop Fire and in Mexico and various other locations.

She was a member of First Baptist Church in Elgin, Texas.

Sydney was preceded in death by her husband and best friend, Charles Henry Harvey.

Graveside services will be at 1:30 p.m., Monday, January 21, 2019 at Greenlawn Memorial Park with Reverend Jason Huddleston officiating under the direction of Levingston Funeral Home in Groves.