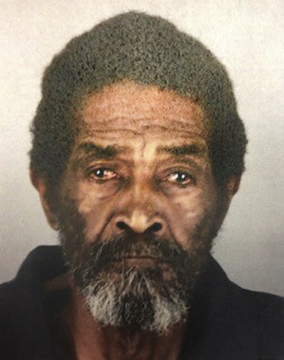 OC Thomas, 69, was arrested in the Oct. 24 shooting death of a homeless man, Michael Lynn Thomas, 56. (The men are not related.)

Port Arthur police have arrested a 69-year-old man in connection with the Oct. 24 shooting death of a homeless man, Michael Lynn Thomas, 56.

The suspect is identified as OC Thomas, of Port Arthur, formerly of New Orleans. The two men are not related.

Police were called to Fabric Care Washateria, 2925 25th St. in reference to a shooting victim at about 1:47 a.m. They found Michael Thomas, who was known to sleep at night with other homeless people at the washateria, on the floor inside with a gunshot wound to the abdomen. He was transported to St. Elizabeth Hospital in Beaumont, where he was pronounced dead.

Police believe OC Thomas’ son had been involved in a verbal disturbance with the victim earlier in the day and went home and told his father. The two returned to the washateria; there, the suspect exited the passenger side of the vehicle, opened the front door to the business and fired one shot with a shotgun, striking the victim in the abdomen, according to a probable cause affidavit.

Michael Thomas was described as having a mental illness and was known to police.

OC Thomas is known to be a violent offender with a history of crime in the New Orleans area prior to his arrival in Port Arthur, police said.

The victim was buried at Live Oak Memorial Park after a Nov. 3 service.

He is survived by three brothers and a host of nieces, nephews, relatives and friends.

Bond for the arrested man was set at $1.5 million.

There have been 13 homicides in the city this year. Of those, three remain unsolved.