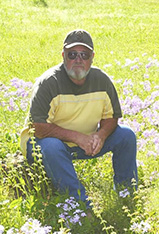 Carl James LeBoeuf of Conroe formerly of Vidor was called to his heavenly home on November 16, 2018 with his loving wife by his side.

He was born September 24, 1941 in Port Arthur, TX to Wallace and Rosita LeBoeuf.

He graduated from Thomas Jefferson High School in 1960. He proudly served in the US Air Force from 1961-1964. And retired from Goodyear Tire and Rubber in 2002 after 34 yrs of service. Carl also served on Vidor City Council for several years. He enjoyed hunting and fishing, extensive traveling, the Astros and the Texans, and his precious grandchildren.

He was preceded in death by his parents, father-in-law and mother-in-law Millard & Jessie Brooks, son Carl LeBoeuf Jr, and nephew Darren Morales.

A special thank you to all of the wonderful employees of Professional Healthcare Home Health and Hospice for their care and support.

Visitation will be Monday November 19, 2018 from 5-8pm. With funeral service Tuesday November 20, 2018 at 2pm at Memorial Funeral Home in Vidor. Burial at Oak Bluff Memorial Park in Port Neches.

In lieu of flowers, donations may be made to SweetPups Sanctuary and Spay Program in Vidor at www.sweetpups.org, Heirlooms for Hospice at www.professionalhealthcare.org/heirlooms, or First United Methodist Church of Vidor.