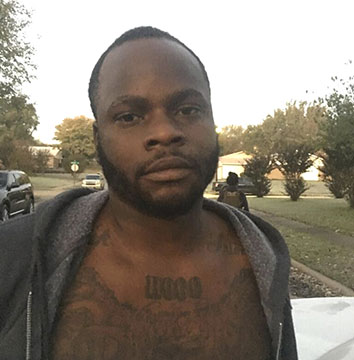 Joshua Darrelle Henderson, 30, was arrested by the U.S. Marshals Service on an outstanding murder warrant for the brutal killing of Floyd Wayne Dergent, 49. The suspect was found hiding in the trunk of a car in Dallas. Photo courtesy U.S. Marshal’s Office

A Port Arthur murder suspect who has been on the run since July was found hiding in the trunk of a car in Dallas on Thursday morning. 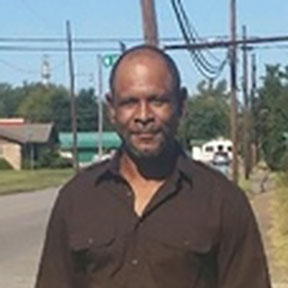 Henderson will be returned to Jefferson County to face charges.

The arrest of Henderson coupled with Wednesday’s arrest of James Earl Holloway, 18, in the March 4 murder of Kevonn Washington, also 18, is a morale booster for police.

“But more than that, especially for the people at Prince Hall, where we knew Henderson was constantly carrying a gun, constantly intimidating people, and based on the numbers of Crime Stoppers tips,” Hebert said. “For people who not only feared for their self but for their children. He was very quick to pull a gun like he did in this situation.”

Police were appreciative of the U.S. Marshals office whose members, from the day the warrant was issued, worked with police department investigators who never stopped their search.

There have been 13 murders in Port Arthur in 2018; 10 of the cases have been cleared by arrest.

PN riverfront development on the table

PORT NECHES — Development along the riverfront is back up for discussion in Port Neches. Developers Mike Bolin and Tom... read more