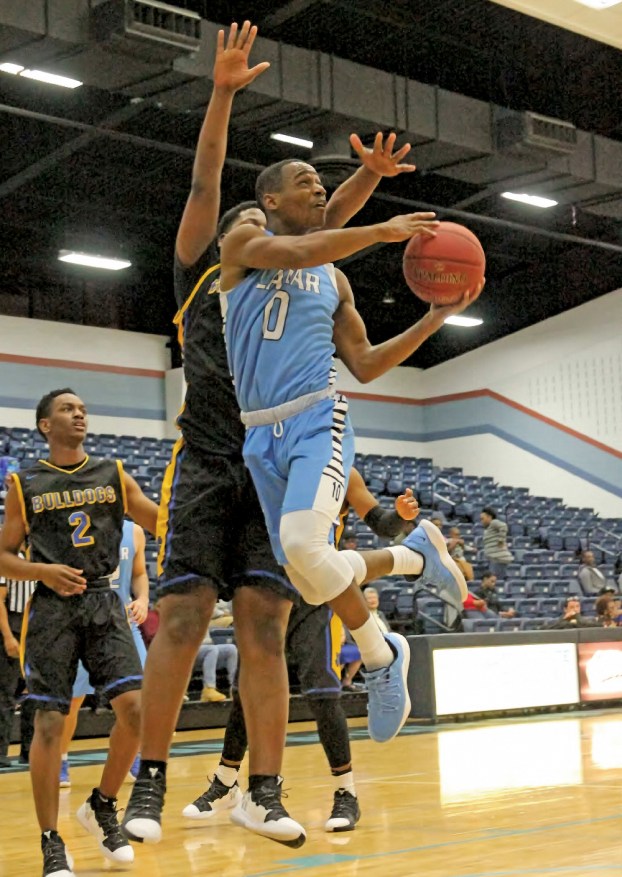 When the Seahawks get mad, things get ugly.

Still licking the wounds from a two-point road loss on Tuesday, Lamar State College Port Arthur took out its frustration on Jarvis Christian College to the tune of an 88-48 win at the Carl Parker Center on Thursday night.

The blowout victory keeps the Seahawks perfect at home and moves their overall record to 4-3.

Key to the win was an inside-out attack that kept Jarvis on its heels from the start. While freshmen Jamyus Jones and Darion Chatman dropped points in from long distance, sophomore transfer Colin Just pounded the ball inside.

Jones scored 17 to lead the Seahawks’ offense, while Chatman added 16. Both are graduates of Memorial High School. Just picked up his first double-double performance as a Seahawk, hitting for 12 points with 10 rebounds.

The Seahawks’ offense simply ran away from the Bulldogs early, knocking down 62 percent of their shots from the field in the first half, including a 60 percent clip from the three-point line. While the Hawks have struggled somewhat from the free throw line this season, they showed none of that against Jarvis, finishing the game 19 of 26 for 73.3 percent.

Six minutes into the first half, Jarvis held a one-point margin at 12-11 but LSCPA’s defense would have no more of that. The Seahawks held the Bulldogs scoreless over the next seven minutes to go up 32-12.

Jarvis Christian was led by Jahuan White, who scored 19 points.

The Seahawks continue their three-game homestand with a Saturday matchup against Lone Star College-Kingwood. That game tips off at the Carl Parker Center at 3 p.m. The final game before conference starts will come against North American University on Tuesday, Nov. 20, at 7 p.m.

BRIAN JOHNSON ON OUTDOORS: The rut is in full swing

As I type this article my cell phone begins to ding. I have messages from my deer hunting friends telling... read more