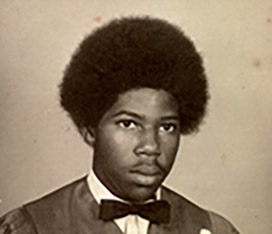 Paul Douglas Jones was born March 2, 1955 in Port Arthur, Texas. He was the sixth child born to the union of Ezekiel Jones, Jr. and Rosella Taylor Jones. He transitioned from this earth on September 23, 2018 at The Medical Center Of Southeast Texas at the age of 63. He was a life-long resident of Port Arthur.

Paul received Christ as his Lord and Savior as a child and was baptized on October 20, 1963 at New Sixth Street Baptist Church by Rev. T. M. Sparks.

He attended the public school of Port Arthur. These included G. W. Carver Elementary, Franklin Junior High and Lincoln High School. He graduated from Lincoln in 1973 where he was a trombonist in the band. He also attended Lamar University in Beaumont.

Paul is preceded in death by his parents, four brothers and one sister. His survivors are two sisters, Joyce of Port Arthur, Texas and Faye Linda of Houston, Texas; two brothers, Ezekiel (Connie) of Port Arthur, Texas and Thomas of Tucson, Arizona. Survivors also include 10 nieces, 8 nephews, several great nieces and nephews, many cousins and very special friends and neighbors, the Kiel Family.