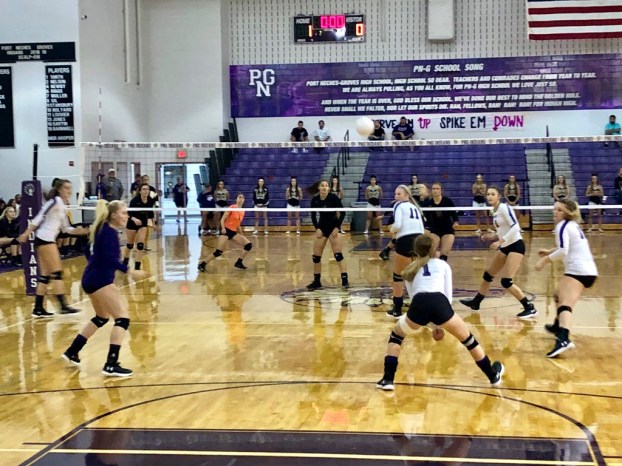 Halley Smith of Port Neches-Groves receives a serve against Nederland during the first set of Tuesday’s match in Port Neches. (Jon Deckert/Special to The News)

Holly Jones and Harlee Barnwell each made 16 assists for the Indians (25-4, 3-0 in 21-5A), which is 30-1 in district since 2016. Liz Bolyard had four kills, and Maylin Louvier and Ariel Muller each totaled three for PNG.

Muller and Gil each blocked two, with Layla Stansbury and Louvier blocking one apiece.

PNG will visit Memorial on Friday.

Scores and statistics from the match at Sabine Pass (8-6, 1-3 in 24-2A) were not available. SP coach Andie Myers said the match was one of the best her team played defensively, but too many “little mistakes” were made.

The Memorial Titans get to enjoy a week of rest before kicking off District 9-5A Division I play against Galena... read more