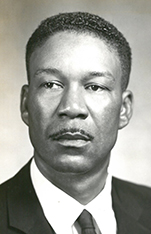 Mr. Warren Guidry Sr. of Port Arthur, Texas passed away on Tuesday, September 4, 2018 at Southeast Texas Medical Center in Port Arthur, Texas. He was a native of Mauriceville, Louisiana. On January 26, 1952 he married Malinie Minnard. Warren and Malinie had a blessed, loving and devoted sixty-six years of marriage to this union they were blessed with eleven children. He was a resident of Port Arthur Texas for 69 years, he later resided in Groves, TX until his passing.

Warren Sr. was a faithful member of Sacred Heart Catholic Church, the Knights of Peter Claver Council #32 and a Church Usher. The love and commitment he had for these organizations was immeasurable. He was employed by Southern Union Gas Company where he retired after 41 years of service.

A visitation is scheduled from 8 a.m. until 9 a.m. Saturday September 15th 2018 at Sacred Heart Catholic Church with the Holy rosary starting at 9:30 a.m. and the funeral service is scheduled for 10:00 a.m. with the Rev. Sampson Etim, MSP Officiating. Burial will follow in Green Lawn Cemetery under the direction of Gabriel Funeral Home.