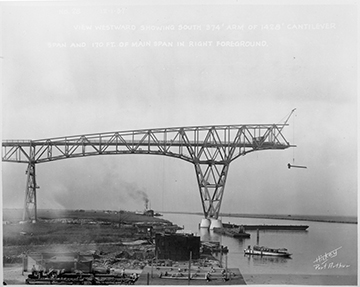 A photo of the Rainbow Bridge, then named the Port Arthur-Orange Bridge, when it was under construction. The bridge celebrates its 80th birthday Sept. 8.

Check out these vintage pics of the Rainbow Bridge 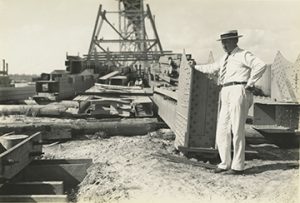 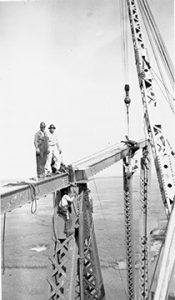 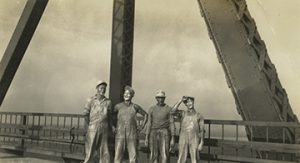 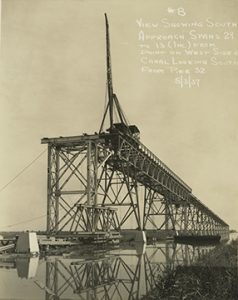 A view of the bridge circa 1937.
Courtesy photo 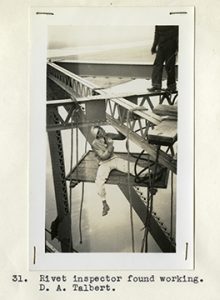 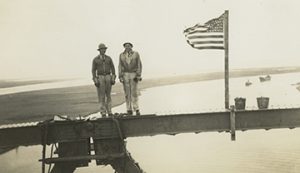 The Rainbow Bridge, once the tallest in the South, is celebrating its 80th birthday Saturday.

The bridge was an 11-year project, according to Port Arthur News archives, and cost $3 million. It replaced Dryden’s Ferry where vehicles would line up for a ride across the waterway in a wait that often included mosquito bites.

Groves resident John DeVillier and some of the members of his third-grade class watched the opening of the bridge from the second floor of Groves School — now Groves Elementary School on Cleveland Avenue. At that time, there wasn’t as much development in the area so he and his classmates had a good view.

He described one of his pastimes from when he was a bit older.

“There once was a walkway that accommodated brave souls to make the journey afoot,” DeVillier said. “And before traffic became heavy and it was outlawed, we’d walk our bicycles to the peak and enjoy a high speed ride downhill.”

Ferry service between the cities was unreliable prior to the construction of the Port Arthur-Orange Bridge as it was named until the now well-known name was bestowed after a contest in 1957.

Then, in November 1934, Gov. Miriam Ferguson signed a bill allowing Jefferson County to participate in the cost of the structure, according to information from the Museum of the Gulf Coast. The bill was financed by the county, state and federal governments under the Public Works Administration.

But Beaumont did not want the bridge, claiming it would pose a threat to ship navigation and was unnecessary.

So engineers designed a special bridge with a 680-foot main span and vertical clearance of 177-feet so that even the tallest ship in the U.S. Navy could easily pass under the bridge though it never did.

Port Arthur News archives mirrored the area’s excitement at the opening of the bridge on Sept. 8, 1938. Headlines such as “Traffic moves in constant stream over great span” held information stating that 20,000 cars crossed the bridge in a day.

The celebration included a barbecue, dance, rodeo, speedboat regatta, parade, fireworks and an airplane flight under the bridge.

Then there was the daredevil diver, Ogdon Smith of Galveston, who told the news media he “felt great” after diving 184 feet into the Neches River.

Smith wore a lifebelt as a precaution and was said to have sliced the water cleanly. He did suffer a bruised rib that he blamed on the lifebelt and has a small bleed from the nose and the ears yet announced, “it was just a breeze.” He was said to have received $300 for the dive.

The women’s vibrant colored skirts swirled hypnotically as their shoes clicked in unison on the concrete floor inside a Groves... read more