She said that growth, measured as students returned to class this week for the fall semester, is part of a 35 percent enrollment growth since 2015. 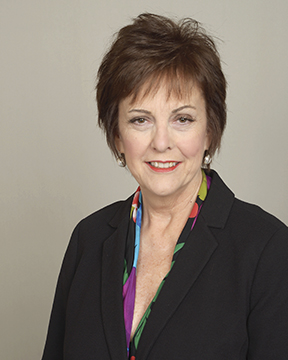 Enrollment at the downtown Port Arthur two-year school stood at 2,454 this week, although an official count won’t be confirmed for a couple of weeks.

Reynard said the growth may be attributed to the two-year college telling its story better, perhaps through advertising or by students and graduates.

New programs, too, may be driving enrollment growth. She said a heating, ventilation and air-conditioning course has been popular and a course in drafting is  new on campus. Among non-credit courses, she said a truck-driving course has had brisk enrollment.

Reynard recounted a variety of high points over the last two years at the college, including a $500,000 donation from Ed Hogenson, whose daughter, Debbie Spittler,
graduated the school.

That donation led to an overhaul of office technology and business management classrooms in the Madison Monroe Education Building. Reynard said the classrooms were gutted and rebuilt and new furniture and equipment added. The project was completed last week.

Reynard also lauded work done by the Education Foundation of the Greater Port Arthur Chamber of Commerce, especially in the wake of Hurricane and Tropical Storm Harvey. The foundation, using donated funds, most of it from Golden Pass LNG, helped students with tuition, books, housing, computers and more as they recovered from the storms.

Sempra LNG, Entergy, Chevron Phillips were among others that contributed.

She spoke glowingly about her campus’ continuing relationship with Woodrow Wilson Early College High School, located in what she called the “drop dead gorgeous” building across the street from the college on Lakeview.

She said the college and Port Arthur Independent School District forged their pact three years ago that sends Woodrow Wilson students to some classes on campus. The dual-enrollment program allows students to earn their high school diploma and, in some cases, an associate’s degree, simultaneously.

The Woodrow Wilson students and other high school students on campus — about 270, in all — are both high energy and high performing, she said, assets for the college.