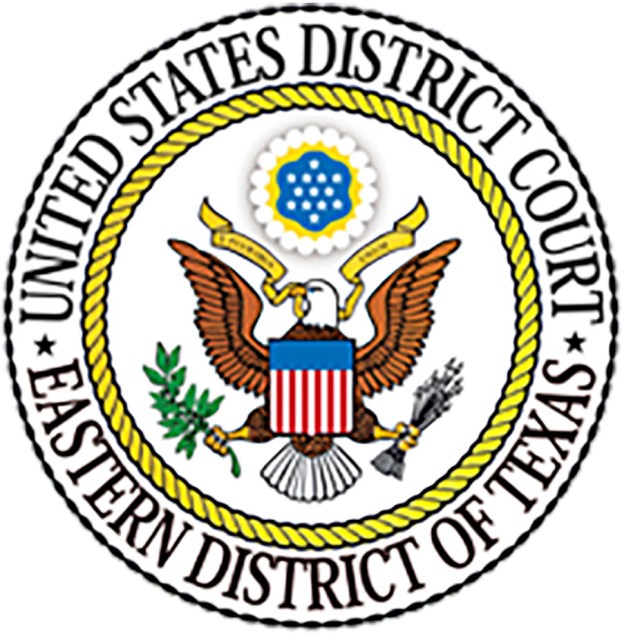 The final six defendants in drug trafficking conspiracy case — which included money laundering, aiding and abetting, contracts to murder and cocaine — have pleaded guilty to violations in the Eastern District of Texas, U.S. Attorney Joseph D. Brown announced on Wednesday.

Eric Paul Coleman, 32; Clayton Devonne Howard, 41; Jason Wright, 32; Leroy Hills, 33; and Arthur Jenkins, 46; all of Beaumont, each pleaded guilty to conspiracy to possess with intent to distribute crack cocaine, according to a press release from the Eastern District of Texas.
Coleman also pleaded guilty to conspiracy to commit money laundering, carrying a firearm during a drug trafficking offense, and use of fire to commit a federal felony (aiding and abetting.)

Jenkins also pleaded guilty to conspiracy to carry a firearm during a drug trafficking offense.

Ivy Chatman, 31, of Beaumont, pleaded guilty to conspiracy to use fire to commit a federal felony (aiding and abetting.)

The plea hearings were held on Tuesday before U.S. Magistrate Judge Keith Giblin.

According to information presented in court, since December 2012, the defendants were involved in a drug trafficking organization that distributed both powder and crack cocaine in the Beaumont area.

Eric Coleman, Minnie Coleman, and Patrice Stoker agreed to take cash proceeds from the narcotic sales and deposit them in a bank.

On multiple occasions Coleman agreed to pay set fees to Arthur Jenkins to physically assault customers who were behind on drug debt payments.  On Nov. 28, 2017, Coleman agreed to pay Arthur Jenkins $2,000 to kill an unknown person.  Coleman told Jenkins he wanted the person dead and instructed Jenkins to shoot through the side of the person’s vehicle rather than the front.  The defendants were indicted by a federal grand jury on Jan. 10, 2018 and charged with multiple drug trafficking and firearms related violations.

“These were major players in the drug world in Southeast Texas,” Eastern District of Texas U.S. Attorney Joseph D. Brown, said. “This was a violent group, and it is good to get them off the street.  We appreciate the cooperation from all of the local and state partners that helped make this case.”

“The investigation and conviction of these individuals is a great example of what can occur when local and federal law enforcement agencies work together to combat major drug trafficking and violent crimes,” said Beaumont Police Chief James P. Singletary.  “Some of these individuals were the most dangerous narcotic traffickers we had in Beaumont and in the surrounding areas. The Beaumont Police Department is proud of its relationship with the U.S. Attorney’s Office in the Eastern District of Texas and all of the federal agencies we work with on a daily basis.”

Under federal statutes, the defendants each face at least 10 years and up to life in federal prison at sentencing.  The minimum statutory sentence prescribed by Congress is provided here for information purposes, as the sentencing will be determined by the court based on the advisory sentencing guidelines and other statutory factors.  Sentencing hearings will be scheduled after the completion of a presentence investigation by the U.S. Probation Office.

This case is being prosecuted under the Organized Crime Drug Enforcement Task Force (OCDETF) as a joint investigation.  The principal mission of the OCDETF program is to identify, disrupt and dismantle the most serious drug trafficking organizations, weapons trafficking offenders, money laundering organizations, and those individuals responsible for the nation’s illegal drug supply.

Stickney: Welcome guests from down the Texas coast

The small envelope I received via mail contained a note card, and notecards, hand written, can mean one of two... read more