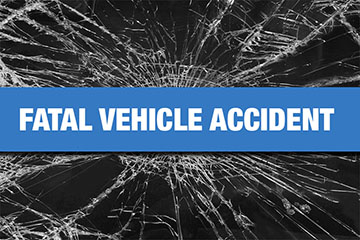 A 24-year-old man is dead after a one-vehicle crash in Jasper County.

The crash happened about 7:15 a.m. Sunday on FM 2246 approximately five miles east of Evadale, according to the Texas Department of Public Safety.

Preliminary reports indicate that a 2005 Ford pickup truck was traveling westbound on FM 2246 and for an unknown reason, the vehicle traveled off the roadway and rolled several times before coming to rest.

The driver, 24-year-old Miguel Angel Llanes of Fred, Texas, was pronounced deceased by Justice of the Peace Steve Connor at the crash scene.

One of the passengers, 28-year-old Kristalyn Elmer of Baytown, was transported to St. Elizabeth Hospital with serious injuries.

The second passenger, Dolton Hutto, 22, of Spurger, was transported to St. Elizabeth Hospital.  Hutto has since been released from the hospital.

Initial reports indicate that neither the driver nor passengers were wearing seat belts at the time of the crash.

This is an ongoing crash investigation as Troopers work to determine the exact factors that contributed to this fatal crash.

Owners of 50 Port Arthur properties have been given notice to fix their properties or prepare for demolition. The city’s... read more