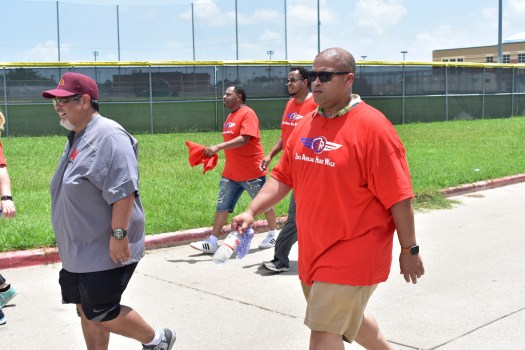 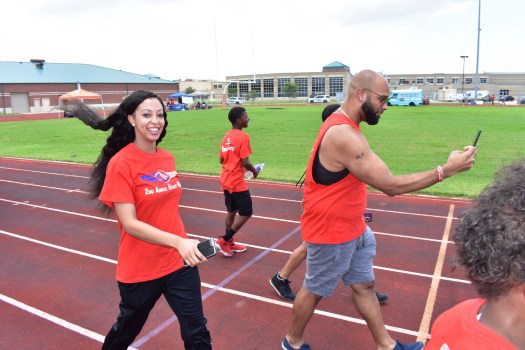 LaDonna Green and Eli Roberts, brother of Elandon Roberts, take off before the start of the Elandon Roberts Heart Walk on Sunday at Memorial High School. (I.C. Murrell/The News) 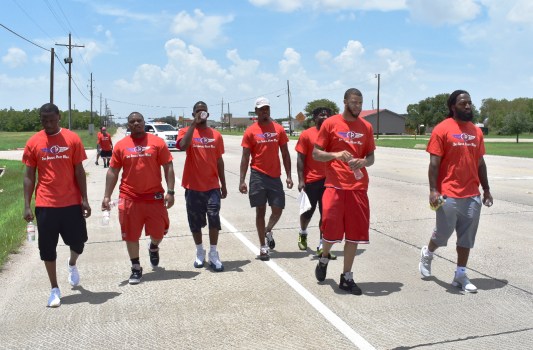 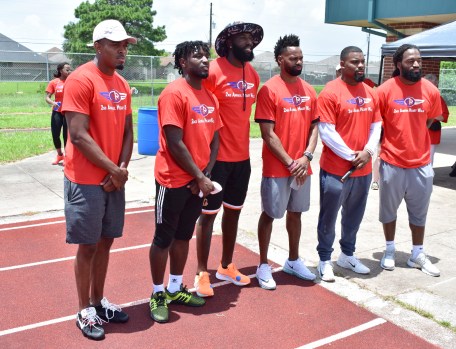 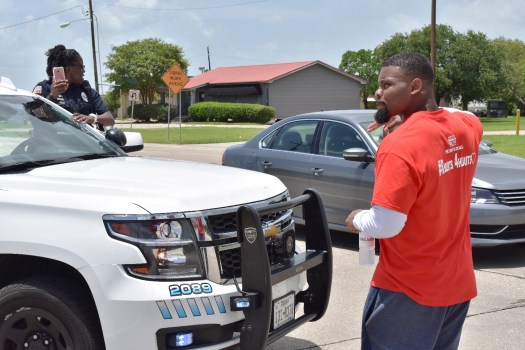 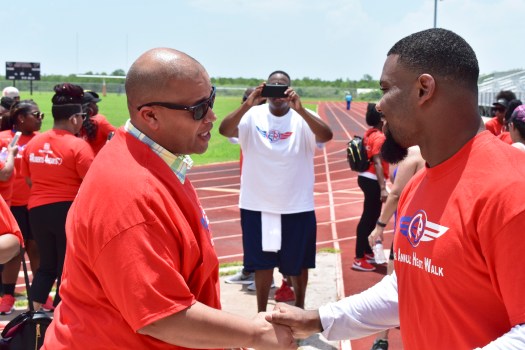 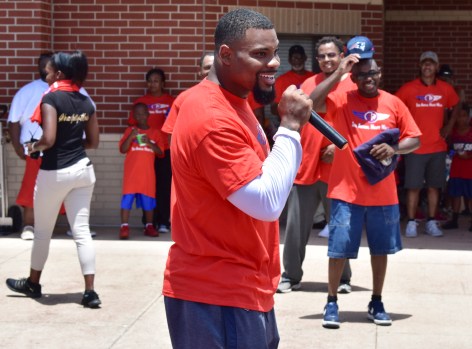 Elandon Roberts speaks to the walkers before the start of his Heart Walk on Sunday at Memorial High School. (I.C. Murrell/The News) 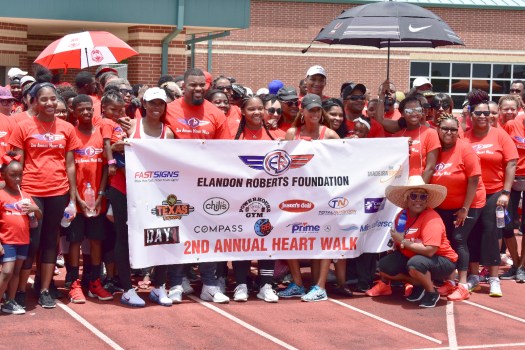 Elandon Roberts, along with family, friends and participants, pose for a photograph right at the start of the Elandon Roberts Heart Walk on Sunday at Memorial High School. (I.C. Murrell/The News) 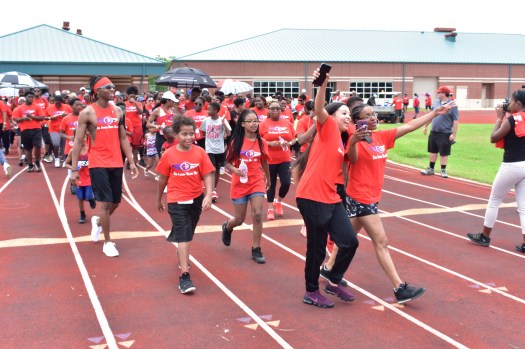 Walkers take off for the start of the Elandon Roberts Heart Walk on Sunday at Memorial High School. (I.C. Murrell/The News)

Once the 2017 Elandon Roberts Heart Walk was in the books, the New England Patriots linebacker had plans to draw more participants for 2018.

“The city and the Golden Triangle area, they know about the heart disease and the cause that it’s doing. Last year, I decided to do it and take on the [Elandon Roberts] Foundation by doing it. So, this year, we started early and we were able to get everything out early and stuff.”

So much so that 546 had preregistered online for Sunday’s second annual Heart Walk. The 5-kilometer path started at the Memorial High School practice field and took walkers around the 6100 block of Ninth Avenue where Our Lady of Guadalupe Catholic Church and Adams Park are located.

Roberts, a 2012 Memorial graduate, wasn’t the only NFL player in attendance. He brought four of his fellow players —wide receivers William Jackson III and Brandon LaFell of the Cincinnati Bengals and Demarcus Ayers of the Chicago Bears and linebacker D’Juan Hines of the Los Angeles Chargers.

Jackson, Ayers and Hines played with Roberts at the University of Houston. LaFell, a Houston native, starred at LSU and won Super Bowl 49 with the Patriots, two years before Roberts’ rookie season.

“Anytime he asks me to come, I’ll jump at it,” said Hines, a Spring Dekaney graduate. “He wants the best for his organization.”

The Heart Walk began last year in memory of Roberts’ aunt, Felicia Carrier Christian, who died of a heart attack at age 42 in September 2016, and raises awareness of heart health. It annually offers free heart screenings for participants.

“A lot of people don’t go through checkups with their heart and stuff, because some people can’t afford it,” Roberts said.

Just like the walk, Hines — who is an undrafted free agent — has seen Roberts grow as an NFL player. Roberts has played in the Super Bowl in both seasons, winning as a rookie over the Atlanta Falcons in a come-from-behind, overtime win.

“I went through that struggle with him [at Houston],” said Hines, who said he’s better understanding defensive coordinator Wade Phillips’ system in Los Angeles. Phillips graduated from Port Neches-Groves.

“It’s not too complex,” Hines said.

Roberts’ expectation for himself, aside from pursuing a third straight Super Bowl appearance, is taking a “big leap” in his game. The 24-year-old expects to begin training camp on the first string after starting 14 times last season and totaling 67 tackles (two sacks).

“At the same time, just do my job and every day be out there trying to do my best for the team,” he said.