A fine buffet along with the who’s who of Southeast Texas bowling were on hand to enjoy this fine evening.

Led by Southeast Texas USBC President Skipper Arsenault, awards were handed out for numerous high achievers, including a very special induction ceremony into the SE Texas USBC Hall of Fame.

Awards ranged from recognition of 300 games rolled and the 800 series to the city champions. Sami Jo Williams was awarded her women’s city championship plaque as was David Bruno for the men and Brandon Bertrand for the youth.

The highlight of the evening came when longtime bowler and USBC board member Gloria Frazier announced Hall of Fame inductees Mel Land and Alice Barnes.

Land started bowling in 1966 in Tehran, Iran. After bowling a couple of years, he didn’t pick a ball up until 1976 when he was asked by a fellow umpire to join a bowling team in Minot, Minnesota. Mel’s first year average was 112 and he was hooked.

In 1984 Mel and his family moved to Beaumont, where he started bowling at Gateway Bowling Center. In 1986 Mel became a part of the Beaumont ABC board and for the next 19 years, until the merger with USBC, Mel served in one capacity or another on the board. Mel continues to carry around a 190 average.

Barnes has dominated the senior ladies’ scene over the past couple of years. At the young age of 70, Barnes bowled her first-ever 300 game.

She has always been sports minded as she first started bowling when she was 17, but by her own admission did not take bowling seriously until her early 30s. While being a “seriously competitive bowler,” Barnes always seeking that 300 game or 800 series. She doesn’t compete with herself or beat herself up over a bad game or series. When competing with fellow bowlers, she encourages those around her.

She keeps all her awards in a bottom drawer at her house in a spare bedroom. Amongst those awards she is most proud of are her 2007 Texas singles state championship in Division 2, her Southeast Texas All Events championship in 2016-2017 and of course her 300 ring. 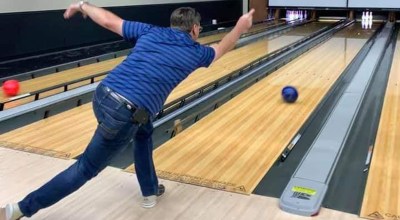