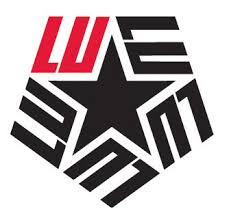 Whether one agrees with the use of the drug or not, few people could dispute the hold on public conscious that cannabis has on the populace.

From state-wide discourses on medical research to national debates on recreational use, marijuana enjoys a somewhat dubious fame as a pain-reliever, a Schedule I drug or a simple way to pass the time depending on whom one asks.

Despite public opinion, however, knowledge and scientific understanding are always going to be important factors when determining an informative and measured debate about the subject — and that is exactly what Lamar University will be offering this fall.

Lamar University will be joining other Texas colleges like Texas State University, University of Houston and University of Texas at Austin in offering a course where students could learn about the history of marijuana and be introduced to some of the current scientific literature on it.

The course is “Marijuana & Medicine,” counts as three semester credits and will be taught by Margot Gage, assistant professor at Lamar.

Gage, whose concentration includes Global Health & Social Medicine, explained that the course is not a pro-marijuana one but rather an educational one.

“This course will examine marijuana from a medical perspective,” Gage said. “As a scientist it is always interesting to examine the effects of medicine. Medical marijuana is a rapidly expanding research field.”

Gage said it was her work with military veterans in Southeast Texas that first turned her onto the field of medical marijuana. The drug is apparently a popular topic among many veterans.

“For example, the American Legion — one of the largest veteran organizations in America — asked the government to remove marijuana from the list of Schedule I narcotics that are deemed to have no medical benefits,” Gage said.

Gage pointed out that marijuana was not always illegal in America — it had a significant profile in the 19th century for instance.

“As recently as 1937 physicians were still offering cannabis extracts to American patients,” she said. “As with any medicine that has possible medicinal benefits, it is important to know the facts about the effects of the drug.”

In terms of effects, some studies have shown medical marijuana helps with pain and stimulates appetite; however, further research into it proves difficult as the U.S. government still classifies it as a Schedule I narcotic.

“At this point, the consensus amongst people working in drug development is that if an alternative treatment is not expensive and does not interfere with primary treatment, people should be allowed to access those alternative treatments if they believe it is beneficial to their health,” Gage said.

She encourages more research be done in order to identify both positive and negative effects of the drug. In fact, her desire for education seemed to supersede any stance she has on whether or not Texas should legalize marijuana.

“I am more concerned with educating students about the facts surrounding medical marijuana so that they can make informed choices on the debate rather than focus on whether Texas should legalize marijuana,” Gage said.

She did concede though that marijuana was “one of the most widely-used drugs around the world” and that medical marijuana was already approved in many states in the country.

“In the 1960s, marijuana was common and then we had a shift in our society,” Gage said. “Today in the U.S., opinions and attitudes concerning medical marijuana use varies by state and age. The issues of drug use… are dynamic and incredibly complex.

“Knowledge and scientific understanding are essential for informed debate that can determine the best course for society, the medical community and individuals as well.”

Enrollment is currently open for the undergrad class. Lamar students may take it as an upper class elective.