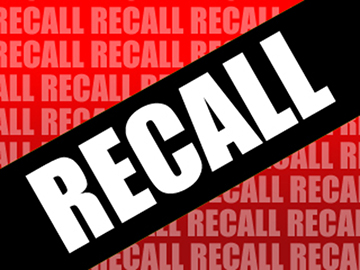 GROVES — A petition to recall a Groves city councilman after his nude photos were made public began circulating in the city Friday.

William Howlett filed the necessary paperwork and has 20 days from May 4 to collect signatures from 10 percent of the city’s registered voters or about 953 signatures.

“Thank you to all the members of the Groves City Council. Each one of you has accepted the huge responsibility of making decisions that affect our community, and I’m confident that you all take this responsibility seriously. Unfortunately, one member, Mr. Cross Coburn, has publicly demonstrated actions unbecoming a Public Official, compromising the integrity of his office, and fracturing the trust of the citizens of Groves. Therefore I, William L. Howlett, wish to initiate a recall petition to remove Cross Coburn from the Ward 1 Groves Councilmember position,” the petition reads.

Howlett also agrees to withdraw the petition prior to collecting the required number of signatures if Coburn were to resign.

Howlett announced Monday during the City Council meeting that he would file the petition Friday. He said he learned from the news media a few months ago about how nude photos of Coburn surfaced from the internet. He felt it showed poor judgment on Coburn’s part.

Coburn has been in the public eye since March after local media and the city of Groves each received an anonymous folder in the mail showing the openly gay Coburn clothed and shirtless as well as photos of a male sex organ taken from a dating site called Grindr.

Coburn believes he is the victim of a political smear campaign after being identified as gay and has secured a New York- and Boston-based consulting firm to advise him on his 2019 re-election campaign. Consultant Jonathan Scott of Boston said he signed on to help Coburn after Jill Pierce, Coburn’s Port Arthur attorney, contacted him.

“We found it unfortunate that a political opponent chose to politicize this in a negative way after an injustice was done against Councilman Coburn,” Scott said via phone Friday night. “As far as the petition goes, we are in a holding pattern. There is a lot of detail that needs to be paid attention to when one presses a recall election.”

Pierce, he said, would be assessing the issue closely in the coming 48 to 72 hours.”

In a telephone interview Wednesday, Scott said that Coburn had been tricked by political opponents into believing he was involved in an online relationship through a gay dating site. Later, Scott said, nude photos and transcripts of online conversations, which Coburn said he thought were private, were sent to Groves City Hall and to The Port Arthur News in March.

Scott suggested that older voters nowadays might not understand how younger people date, especially through online communications. The story made national news and was frequently distributed in gay publications.