A helping hand and a safe place to stay 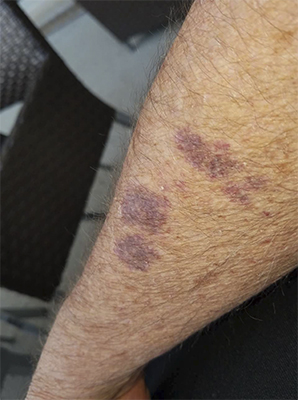 Harvey did not discriminate between whom it hit and what cities it tore through when it came roaring into Southeast Texas in late August. It affected anyone who happened to be in its path.

By the same token, volunteers and brave individuals made no distinction between whom they rescued and whom they helped when Harvey inundated Port Arthur, forcing thousands from their homes. The rescuers  just helped anyone who needed it.

President of the Greater Port Arthur Chamber of Commerce Bill McCoy shared his Harvey experience, both during and after the storm. It involved the helping hands of a neighbor.

“It had never flooded before,” McCoy said of the city. “The (rainwater) would build up some, but then it went down after 15 to 20 minutes.

“That day, it stopped raining once and we said, ‘There. We knew it.’ But then it didn’t stop.”

McCoy said the floodwaters were about 10 inches in his and his wife’s house when they attempted to leave.

“I was feeling stupid for being trapped… My wife told me we were leaving.”

Fortunately, their neighborhood was one of many being attended to by the Cajun Navy, a volunteer group made up of private boat owners who assist in search and rescue efforts in and around the Louisiana area.

“We flagged down the next boat. We took what luggage we could get together and we climbed in the boat,” McCoy said.

“The guys were part of the Cajun Navy—one guy was from Slidell and the other one was coming from New Orleans.”

McCoy said he and his wife were very grateful. In fact, he offered them money for gas and for their services.

Another lasting impression the boatmen gave him when they were helping him aboard was something of a unique gift in his words.

“I’m an old guy; so, I bruise easily,” McCoy said. “When one of the guys grabbed me to help me up, his fingers left bruises on my arm.”

It was such a vivid reminder of what he had been through that McCoy decided to take a picture of it and save it for posterity on Facebook.

“Every time I look at it, it will be a reminder of the helping hand of the Cajun Navy.”

The two boatmen ferried him and his wife, Nellie, to the intersection of US-69 and Jimmy Johnson Boulevard. From there, they made their way to a friend’s pickup truck located on FM 365.

“Joe White moved from California a few months ago… In that short time, he became a real Port Arthur citizen and counted Nellie and I as friends,” McCoy said.

“He let us stay in a filled-up hotel. If it wasn’t for him, we would still be out in the streets.”

McCoy expressed gratitude for White and the people at the hotel for ensuring he and his wife were “dry, had showers, food and a cool place to sleep.”

White had rented a place prior to the storm to stay because he was remodeling his newly- bought house in downtown Port Arthur; McCoy said it sustained minimum damages. However, that didn’t stop White from checking on his friends in their time of need.

“Joe made sure we were safe before returning to his flooded home to take care of his problems,” McCoy said.