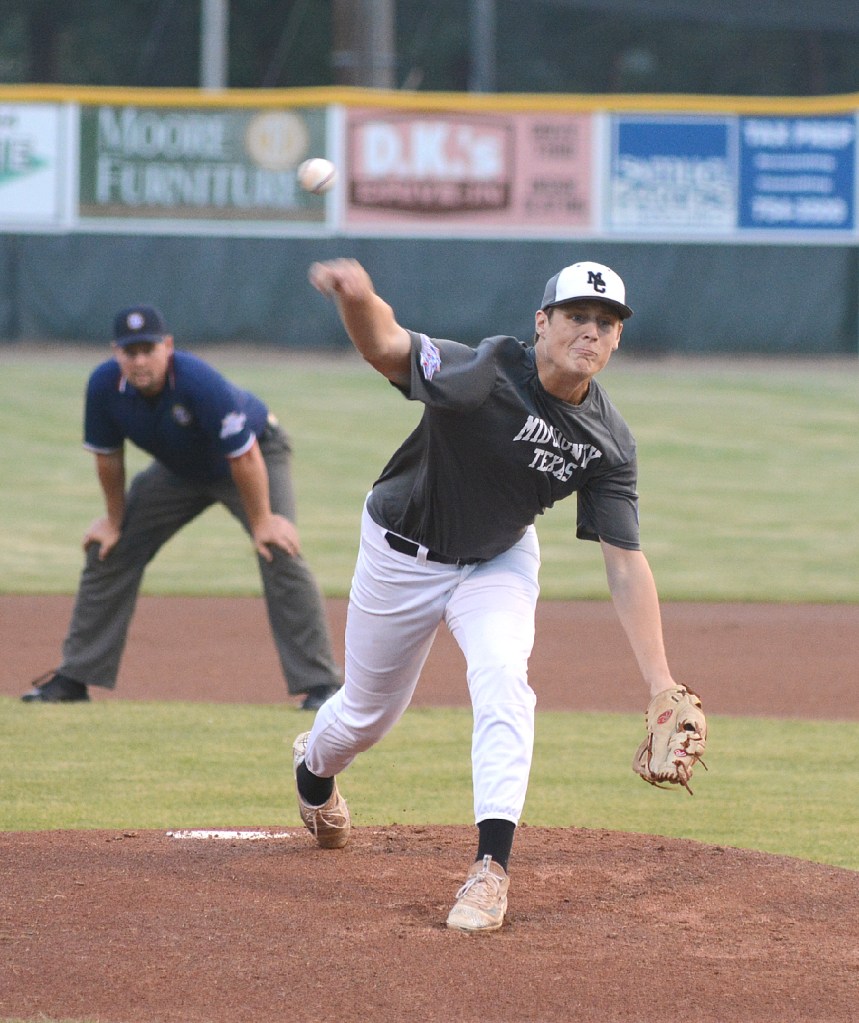 Mid-County pitcher Brandon Morse got the start on Friday. (Steven Smith/Special to The News)

By Steven Smith
Special to The News

EPHRATA, Wash. – A big second inning held up, and the Mid-County Senior Babe Ruth baseball team will play for a national title today.

An offensive burst pushed Mid-County to a 6-2 victory in the national semifinals at the World Series, taking place at Johnson-O’Brien Stadium in central Washington state. The Texans got four base hits, and with the host Columbia Basin River Dogs committing three errors in the second, Mid-County was just five innings away from the national championship berth.

Mid-County send all 10 hitters in the lineup to the plate in the second frame, with Burke Badon and Zack Clark hitting back-to-back singles to open the panel. Kyler Bumstead then got to first base on a Columbia Basin error that brought Badon home to tie the game at 1-1.

Another River Dog miscue on a grounder by Brandon Morse was followed by a hit from Case Babino that gave Texas a 3-1 lead. Mid-County then got a single from Kody Kolb and one more CB error to finish the scoring.

Columbia Basin had taken a 1-0 lead in the top of the second inning when Tristan Garland got to first base on a fielder’s choice and came to the plate on a sacrifice fly Camryn Valdez. The added one final run in the seventh inning, but left the potential tying run on deck.

The win over the River Dogs means Mid-County has ended the season of the last two Senior Babe Ruth national champions in the last month – Columbia Basin won the title in 2015. At the Southwest regional tournament, Mid-County eliminated the eight-time champion Alabama Rawdogs of Mobile County, which had won the World Series title in 2014 and 2016.