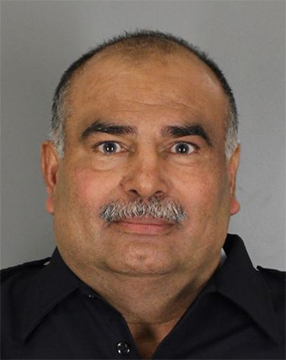 A part time security officer at the Jefferson County Courthouse who was being investigated for sexual assault charges was found in dead in Cleburne, Texas from an apparent suicide.
Sheriff Zena Stephens was notified by the Beaumont Police Department on July 24 that security officer Juan San Miguel was under investigation for sexual assault. It was planned that he would be placed on administrative leave without pay, however San Miguel failed to show up for work Monday through Friday, according to a press release from the Jefferson County Sheriff’s Office.

Juan San Miguel resigned from his job on July 28 by sending his letter and credentials through a third party. He had been a part time security officer since June 20, 2016. Prior to that, he had been an officer with Beaumont Independent School District and Beaumont PD.

On Aug. 4, BPD brought six cases through the Jefferson County District Attorney’s Office. Three warrants for indecency with a child and three warrants for sexual assault of a child were issued.

Wednesday morning, Cleburne, Texas Police Department contacted authorities to say that San Miguel had committed suicide by shooting himself near a local park. The incident happened around 5:40 a.m.