Summer into fall: Indians try to carry over championship momentum 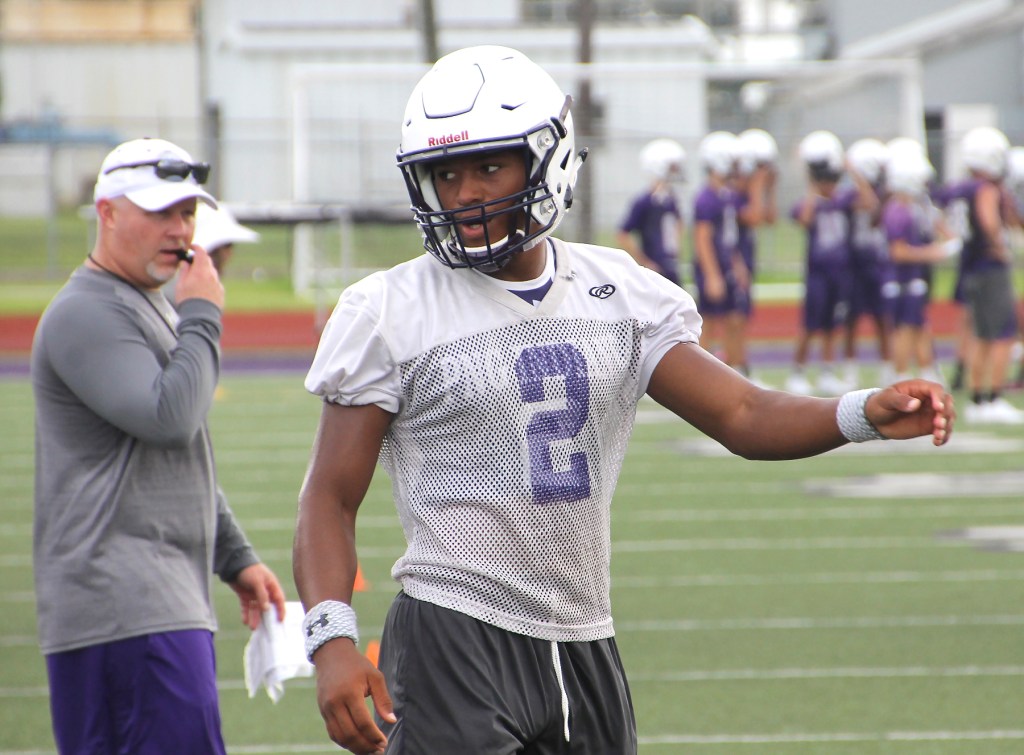 PORT NECHES — Only two months have passed since Austin Bost, Josh Hranicky and Cameron Stansberry helped Port Neches-Groves win a baseball state championship.
The players attest to the excitement over the school’s first team title in 36 years showing on the football field.
“The momentum just keeps carrying on to every sport, football, basketball, anything,” said Austin Bost, an all-state tournament third baseman and linebacker. “Winning that state championship just gives us all that momentum.”
If momentum can be measured in speed, the Indians showed plenty of it Monday morning in their first workout of the season.
“I liked our practice speed,” ninth-year head coach Brandon Faircloth said. “We have a lot of returners, so anytime you have that on offense, you run plays fast, you call plays fast, and you have a good tempo. That was our goal for today, get a lot of reps, and we were able to do that.”
Plenty eyes of the state will be upon PNG this season in the wake of junior Roschon Johnson’s commitment to the University of Texas, and the Indians — who went 11-2 last season and played in the 5A Division II Region III semifinal — welcome the attention. Faircloth said the Indians don’t encounter any distractions from it.
“Attention comes with playing at PNG,” Faircloth said. “We’ve had everybody here this morning, so our kids are used to the attention and the notoriety. We don’t shy away from it. We’re excited about being here. Coaching here, playing here, that’s a part of it. When you have season tickets sold out, it’s kind of part of the job for all of us.”
Luckily for PNG, this season is no swan song for the 6-foot-3 Johnson, one of the nation’s top run-and-pass threats.
“It’s crazy he’s just a junior,” wide receiver Stansberry said. “He’s got one more year. I like everybody coming out, watching him and giving PNG attention.”
Johnson and Hranicky are just a couple of seven to eight regular contributors on offense from last season. Faircloth said the experience helped the Indians practice up-tempo, adding he liked how the offensive line performed in the morning drills.
“We don’t take plays off,” said Hranicky, a standout pitcher and left tackle. “One hundred percent effort all the time. We work on not getting tired. That way, the last second to the fourth quarter or something like that, we’re there and we have enough momentum that we’ll be able to get through it.”
PNG is also experienced on defense with six to seven regulars, by Faircloth’s count. The Indians held five opponents to 16 or fewer points last year.
“It’s a system,” Bost said. “If everybody does their role, it all works together. That’s what helped us out so much, making tackles and doing our jobs.”
•
I.C. Murrell: 721-2435. Twitter: @ICMurrellPANews