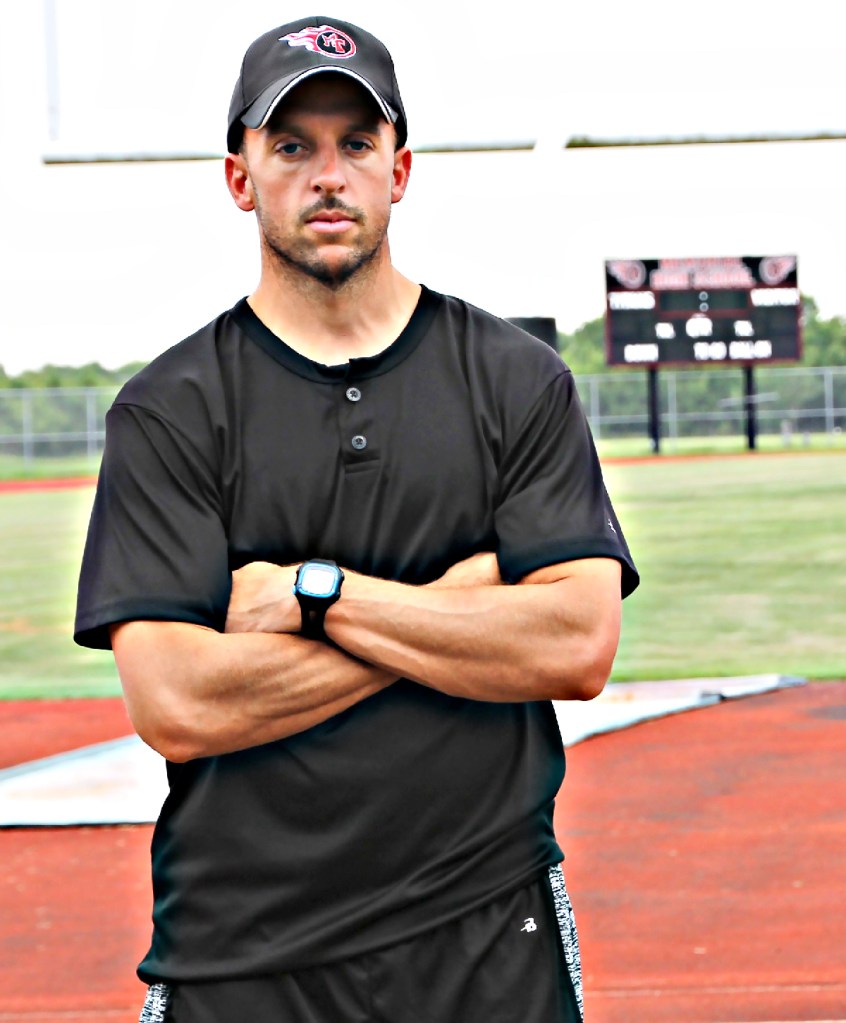 Brian Morgan doesn’t hide his excitement for the start of preseason camp with his new team to begin Monday. His last team, Lamar, is already wrapping up one week of drills.

“I’m talking to all my buddies who are at other places,” he said, referring to his fellow assistant coaches under Ray Woodard. “I’m talking to coach [Ramon] Flanigan who’s at SMU. I’m talking and texting those guys. I’m keeping up with what’s going on Twitter.”

But, what’s a few more days to wait? Morgan, after all, is back home, so to speak, at Port Arthur Memorial.

The 2001 Thomas Jefferson graduate is not only still coaching, but he’s working in his home school district a second time. He started his career at MHS in 2006 after a stellar career as a kicker at Grambling State. He graduated in 2005 as the Southwestern Athletic Conference’s all-time leading scorer among kickers (including 50 field goals) and all-time Football Championship Subdivision leader in extra points at 197.

“It doesn’t come up a whole bunch,” Morgan said about his time at Grambling. “A bunch of people know me on staff already. When it does come up, it’s a surprise.”

Naturally, Morgan has coached special teams throughout his career, from Grambling State (2005) to Memorial to North Texas (2009-10 as a graduate assistant) to Prairie View A&M (2011-13) to Lamar (2014-16) and back to Memorial, where he was hired in February as new Lamar coach Mike Schultz installed a completely new staff.

“That’s the biggest asset I think this program would have, is with a guy who has pride in special teams as well as having knowledge to be successful in special teams,” Memorial head coach Kenny Harrison said.

Morgan also will coach safeties for the Titans. He was a running backs coach as well at Lamar, mentoring the school’s all-time leading rusher and 2015 All-American Kade Harrington.

For a young man who was quarterback on Harrison’s freshman team at TJ and also played soccer and baseball in high school, kicking proved to be Morgan’s ticket to his future. Making the transition back to coaching high school from college is no obstacle, either.

“The game’s very similar,” Morgan said. “It’s the same game, but the little bit of difference is sometimes the attention to detail on everything.

“It’s not just from a coaching aspect. It’s everything. I try to show that to the players and show how important those little things are. There are a bunch of little things that don’t always kind of get worked on. Sometimes it gets put on the backburner. I’m fortunate here with a head coach that lets me do things the way I want to.”

Morgan and Harrison continued to interact while Morgan was on the recruiting trail at Lamar, and both have seen each other evolve in the game through the years.

“Maybe evolve, but he’s matured, like we all have,” Morgan said of Harrison. “I’m pretty sure he’d say the same over me. I’ve known him for a long time outside of school and his family. We’ve always talked regularly for a long time.”

“He’s always been a very mature young man,” Harrison said. “He’s knowledgable. He understands the game. He takes a lot of pride in his work. We look forward to winning the special teams battle week in, week out. That’s what he brings to the table.

After exploring other opportunities since leaving Lamar, Morgan will don the red and black of the Titans again. Harrison said Morgan’s re-arrival is more of a blessing than just luck for the staff.

“I didn’t have to move,” Morgan said. “My wife is from here as well. It’s a good situation. It’s a bunch of people in the district still from when I was in school, so it makes for a good situation.”