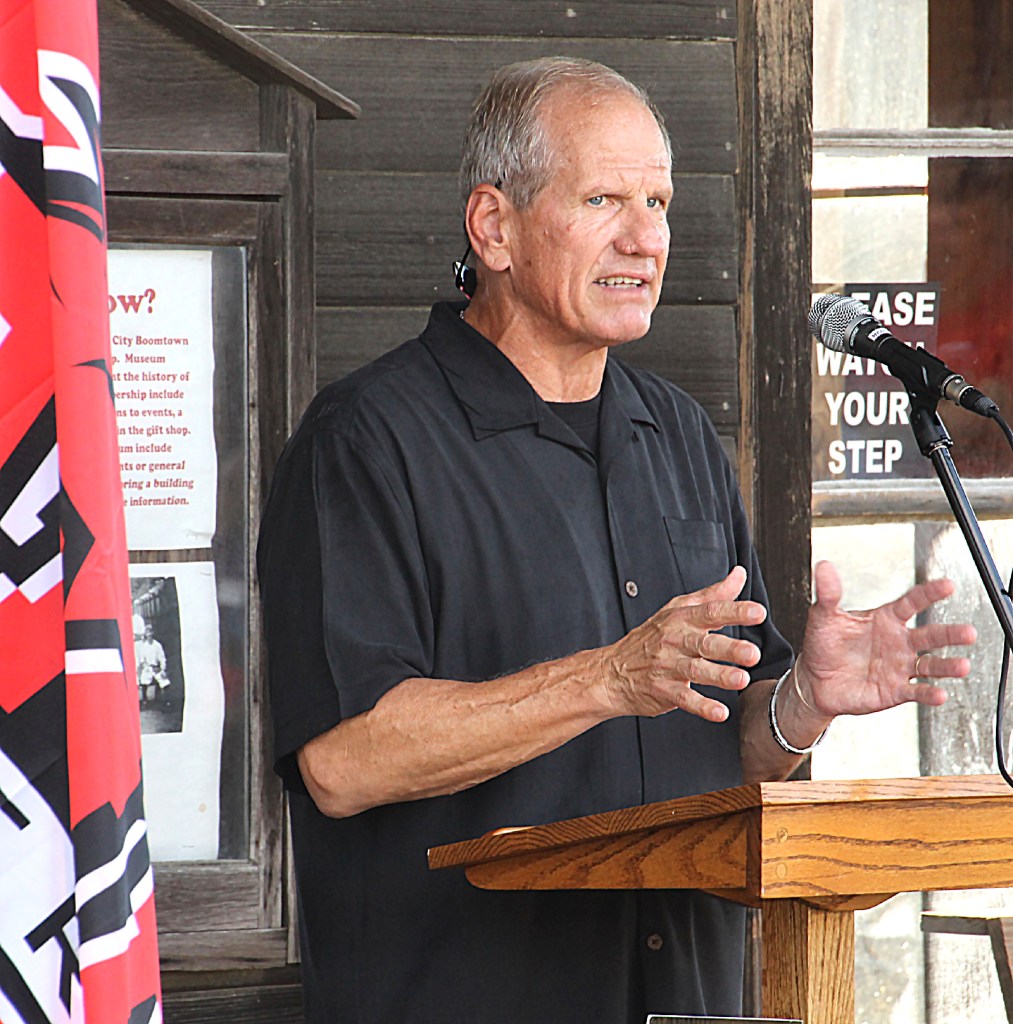 BEAUMONT — Coming off a national championship with James Madison, it appeared Jamal Powell had found a home in Harrisonburg, Virginia.

And then he came back home.

“First thing is that it’s Texas, and I’m from Texas,” said Powell, Lamar’s new offensive coach who’s from Channelview. “It’s good to come home to family. One of the bigger things is coach [Mike] Schultz. He recruited me out of high school. I trust him. He recruited me to TCU when I was 16 years old.”

Schultz relied on plenty of ties in his 37-year coaching career when he announced his first Lamar staff in January. Powell played three positions on the TCU offensive line creating holes for a future Pro Football Hall of Famer named LaDainian Tomlinson.

Powell had been on James Madison’s staff the past two seasons after stops at smaller institutions. He played a big role in shaping the 2016 Dukes offense as a record-setting unit, with Colonial Athletic Association single-season marks for scoring (700 points), rushing offense (4,125), total offense (7,612) and first downs (380).

Schultz hired Powell shortly after Brad Bedell took a similar position at Boise State. Powell’s last game with James Madison was a win over Youngstown State in Frisco. His first game with Lamar will be in North Texas as well on Sept. 2 — against North Texas.

And he’s excited about a new start.

“I’m working for a great head coach, working with a lot of great coaches on staff and a lot of guys hungry to play,” Powell said.

“I think a lot of it, there’s a comfort zone right now within our staff because of prior relationships and people knowing each other,” Schultz said.

If Schultz is the sun that set on Beaumont on Thursday, the rays shone just in time on Spindletop-Gladys City Boomtown Museum during Lamar’s kickoff event.

Many of the early visitors were splashed with a big dose of rain and heavy wind that found its way inside a tent right in the middle of the museum grounds, waiting for Schultz to make his appearance. During a speech of about 5 minutes, Schultz touted Lamar’s blue-collar attitude, likening it to that of the Beaumont workforce.

“We’ve got so many guys [in Beaumont] who work the clock,” he said. “They go in early and stay late, then they punch out. I’ve asked our football team to do the same thing. I tell them, I want them at the stadium early, and they have been. They come in, they punch in and we’re going to work our tails off all day until they walk out and punch out.”

The Cardinals will report to campus Sunday for the team’s media day, with preseason camp beginning Monday. Schultz said he’s not nervous about his head coaching debut.