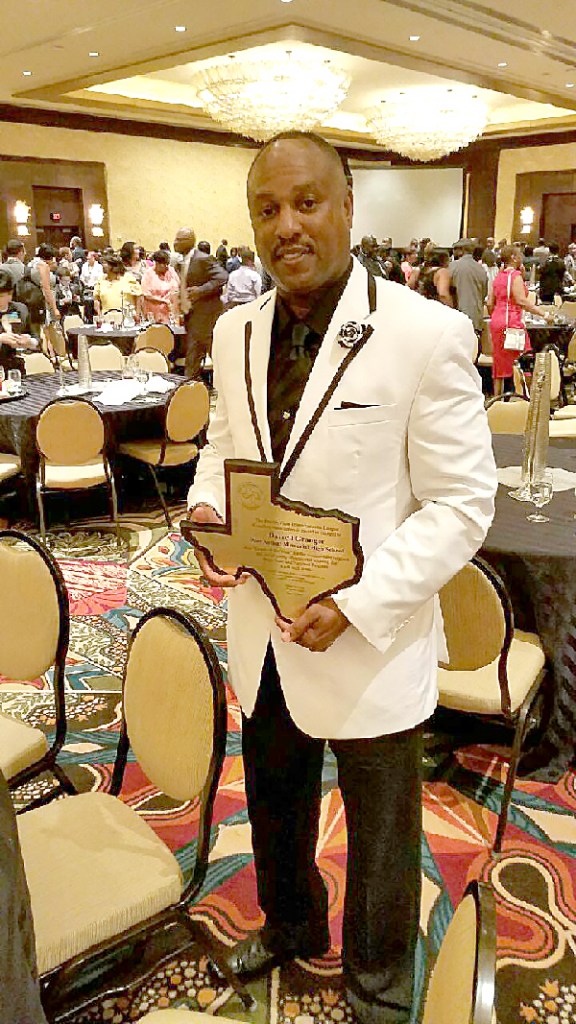 Darrell Granger received his award for being named the association’s Coach of the Year in the sport at the PVILCA annual recognition banquet Saturday at the Hilton Americas in Houston. The honor comes two months after Granger’s team set a national record in the 4×200-meter relay and finished second in 5A team standings overall for the second time in three years.

The association is named after the Prairie View Interscholastic League, the governing body of activities for all-black high schools in Texas from 1920-70. One of the PVIL’s member schools, Port Arthur Lincoln, is Granger’s alma mater.

“The PVILCA is a big thing for me because that’s our heritage,” Granger said. “They did a lot of good things in the community.”

Memorial’s 4×100-meter relay team set a 5A state record and was named first-team All-America by Milesplit.com. The website reported the team became the third all-time to beat the 40-second mark (39.80), coming just short of an 19-year-old national record set by Fort Worth Wyatt.

PVILCA executive director Robert Brown said Granger was selected because “he has done such a good job teaching and mentoring the track athletes.”