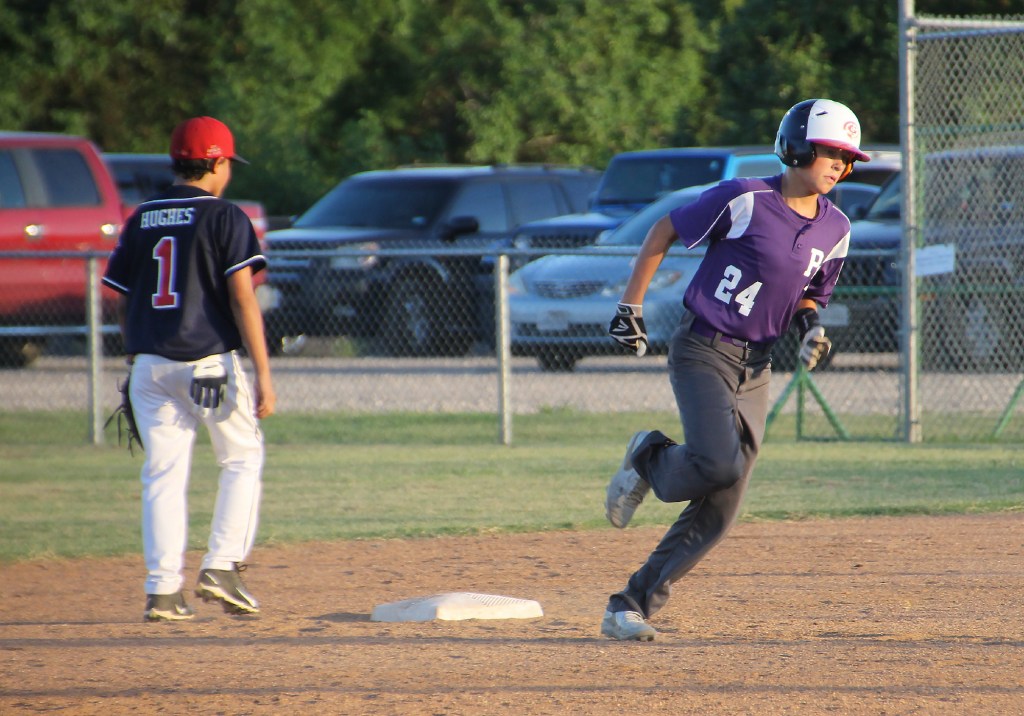 Cole Crippen of Port Neches rounds second base on a solo home run against Orwall American on Thursday in Nederland. (I.C. Murrell/The News)

Meanwhile, Port Neches’ 10- and 11-year-old teams are just a win each away from going to the Texas East state tournament. In Beaumont, the 10-year-olds turned their game against Orwall American around with a seven-run second inning and marched to an 18-10 victory to make it to Saturday’s title game at Beaumont’ West End Little League at 7 p.m. Layden Williams smashed a home run in Thursday’s win.

At North Shore in Houston, Port Neches beat West End 16-6 in five innings and will play at 7 p.m. Saturday for the championship. If a second game is necessary in the 10- and 11-year-old finals, it will be played Monday.

The PN Majors, or 12-year-olds, will need to win three more times to advance to state.

Two home runs in the third inning put Port Neches past Orwall American for good after trailing 2-1. Cole Crippen hit a solo shot on the first pitch of the inning to tie the game, and following an Omar Martinez walk, Tommy Reed launched a two-run shot over center field.

Landon Guarnere added a homer in a six-run fifth inning. Austin Glaze tripled, and Martinez and Crippen each doubled.

Seth Landry, Cayce Crippen and Guarnere each had three hits in the win. Guarnere and Cole Crippen also had multiple hits.