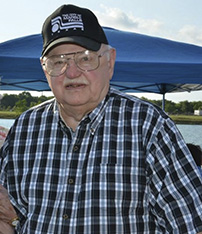 Jean Holland Crochet, 90, passed away Sunday, June 18, 2017, at his residence.  He was born to Adalbert Crochet and Amelia Broussard Crochet on November 24, 1926 in Loreauville, Louisiana.

Mr. Crochet was a retired butcher from Market Basket where he worked for 20 years. He also served in the United States Army where he served during World War II as a military policeman.  Jean and his wife loved to travel and enjoyed dancing at the Rodaire. He enjoyed bowling and bowled on many leagues.