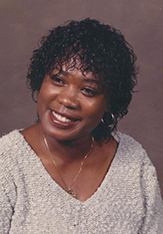 Yolanda Marie Battley Clayton, 51, of Port Arthur, TX passed away Thursday, June 1, 2017. A native of New Roads, LA, she was a line long resident of Port Arthur, TX.  Yolanda is the daughter of Joseph Swift and Lorraine Jones Swift.  She was a 1983 graduate of Thomas Jefferson High School and a 1996 graduate of Lamar University.  She retired from the Port Arthur Library in 2011.

In keeping with Yolanda’s loving and generous spirit, it was her decision to donate her organs so that others may live.