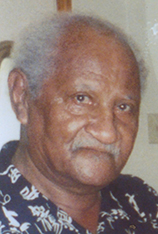 Joseph Sidney (Pasquale) Abraham, Jr. passed away on June 6, 2017 at Oak Grove Nursing home.  A native of St. Martinville, Louisiana, he was a resident of Port Arthur for 66 years.  He retired from Texaco Refinery in 1989 with 37 years of service.

He is preceded in death by his wife of 37 years Lillian Bourda Abraham; one son, Peter Abraham; one sister, Mildred Washington and one brother, August Abraham.

Funeral service will be 10 a.m. Saturday, June 10, 2017 at St. John’s Catholic Church with visitation from 8 a.m. until service time.   Burial will be 12 noon Monday, June 12, 2017 at St. Michael Cemetery in St. Martinville, LA under the direction of Gabriel Funeral Home.