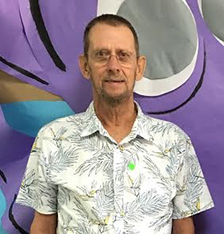 Ricky was born October 30, 1953 in Nacogdoches, Texas to Malvin H. Stewart and Sylvia Beavers Stewart. He was a lifelong resident of this area and a retired Exxon Mobil Instrument Tech. with 39 years of service. Ricky was also a member of the United Steel Workers Union.