Hill to climb: Indians shut out, must rebound at home tonight to keep season alive 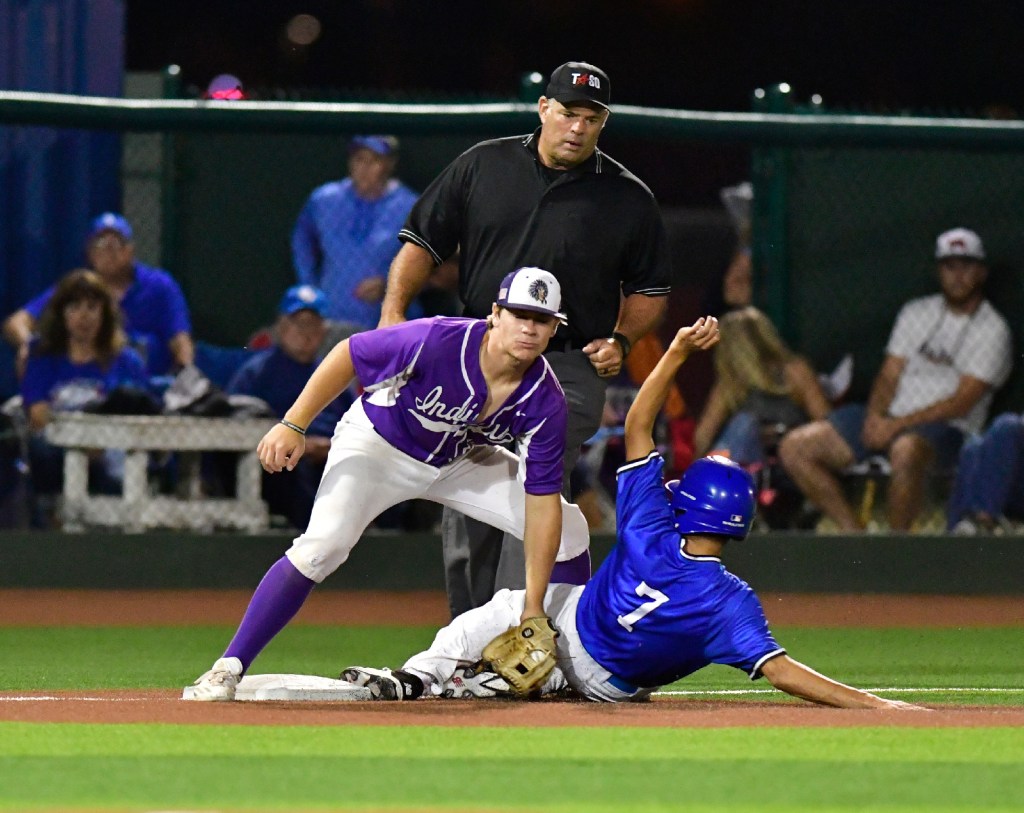 MONT BELVIEU — For the better part of six innings, the Port Neches-Groves and Barbers Hill baseball teams found themselves engaged in a pitcher’s duel.

But the host Eagles capitalized on a big third inning to earn a 6-0 victory over the Indians in Game 1 of a best-of-three UIL Class 5A Region III quarterfinal.

“The ballgame should have been a lot closer than the final score,” PNG head coach Scott Carter said. “Credit [Barbers Hill pitcher] Chris Stevens and their coaching staff.”

Carter said he will decide on a starting pitcher, but either Nathan Vidrine (1.83 ERA) or Brandon Morse are likely to get the nod.

If the Indians win tonight, a deciding Game 3 will be played in Crosby at a time to be determined later.

PNG is competing in the regional quarterfinals for the first time in the Carter era.

The series winner will face Tomball or Cedar Park in the regional semifinals next week. Tomball won Game 1 of that series on Thursday.

For Barbers Hill, the magic number is 21. They’ve won 21 straight games, and have outscored playoff opponents, 21-0, through their first five playoff games.

Chris Stevens, who threw a complete game shutout, struck out six of the first nine PNG batters he faced, and nine total.

“Stevens is probably their best pitcher,” Carter said. “He threw a lot of off-speed stuff in the strike zone. We have to do a better job of overcoming that.”

Barbers Hill scored its first run in the bottom of the first, when Bonnin came home on a throwing error.

In the third inning, Bonnin hit a leadoff double, and scored again on a Brandon Holgren sacrifice fly.

Cully Mangus gave the Eagles a 3-0 lead on an RBI triple, followed by an RBI single from Rhett McCall, a Lamar commit. The Eagles scored their final run of the third inning on a bases loaded walk.

Carter subbed Brandon Petix for fellow junior Josh Hranicky, a Lamar commit who threw a shutout of his own last Thursday night. Petix threw two-plus innings of shutout baseball, until Austin Schaper came in to pitch the sixth.

The Indians didn’t reach base until the top of the fourth inning when Austin Bost reached first base on an error. The umpires ruled interference, advancing Bost to second because he was inadvertently tripped by the Eagles first baseman.

PNG registered its first hit — a single by Holden Lane — in the top of the fifth inning.

The Indians finished with four hits, including a seventh inning rally in which Morse and Lane singled with one out.

“That is the way we should have started the game,” said Carter, of the two base hits.