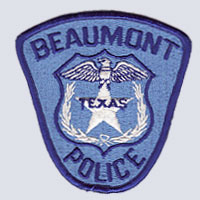 BEAUMONT — A Beaumont man suspected of seriously injuring an elderly woman was arrested on Thursday.

Beaumont police detectives had been working extensively on the case that involved the elderly woman and on Thursday made the arrest of Walter Wilson, 39, of Beaumont.

Police were called around 1 p.m. Sunday, April 29 in reference to the woman with extensive injuries in the 3700 block of Pointe North who was later transferred to St. Elizabeth Hospital.

According to a press release from BPD, the woman, age 68 of Beaumont, was confronted by the suspect leading to a physical altercation that left the woman with a fractured neck, fractured wrist and a brain bleed.

At this time the woman is in stable condition and the suspect was booked in at the Jefferson County Correctional facility on injury to an elderly individual with a $250,000 bond.