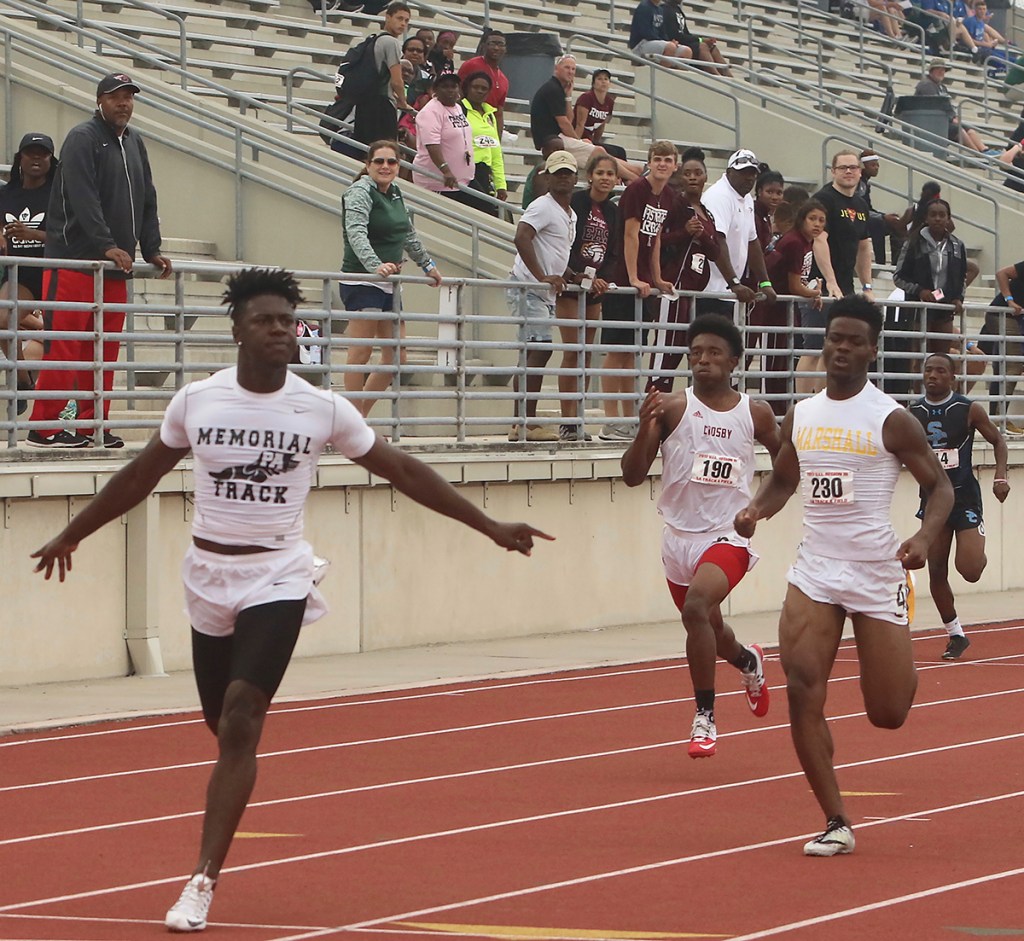 HUMBLE — As soon as he rounded the curve, Kary Vincent Jr. knew that he was the 200-meter regional champion.

“It was my best corner ever,” said the Port Arthur Memorial senior. “It felt great. I came out here to win, and that’s what I did.”

Vincent, an LSU football commit, set a personal record in the 200 meters, breaking the 21-second mark at 20.77. He defeated second-place Shamon Ehiemua (21.17) by nearly half a second at the 5A Region III Meet on Saturday afternoon at Turner Stadium.

“To succeed at state, we’ll have to work hard, keep our faith and stay healthy,” Vincent said.

The top two competitors in each event qualify for the state meet, May 11-12 at the University of Texas in Austin.

The 4×100 team is Ireon Brown, Vincent, Hull and De’Andre Angelle. Michael Odoms joins Brown, Vincent and Hull on the 4×200. Hull joins Francois, Gregory Laday and Brown on the 4×400.

“This meet is something I circled on the calendar at the beginning of the year,” Titans coach Darrell Granger said. “I knew it would determine a lot for us. We are glad to represent our city and our school.”

On the girls side, it was a great day for underclassmen.

“It’s a big thrill,” Wilson said. “I knew I’d go far, but I couldn’t imagine going to state as a freshman. I did it for my community, my coach and my school. You need that drive to succeed.”

Said Droddy, who also finished sixth in the 200 (25.41): “It’s crazy. Last year, I had an injury, so I didn’t qualify. I struggled at the beginning of the season. I’m looking forward to state.”

Memorial girls Sandra Bradford said her team adapted well to the schedule changes. The running finals were moved up by 2 ½ hours (from 1:30 p.m. to 4 p.m.) due to rain in the forecast in the Humble area.

“We had a short recovery, but the kids worked hard, and we qualified for state,” Bradford said.

Memorial disc thrower Kennedi Lofton finished ninth Saturday. She made it to the regional after an athlete was ruled ineligible and performed on short notice.