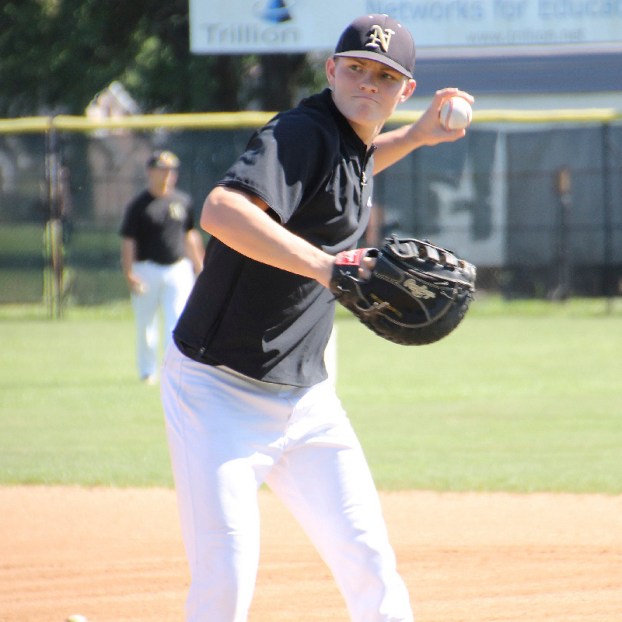 Power at the plate: Lamar-bound Chase Kemp has thing for home runs

*—Owns tiebreaker because of series sweeps

NEDERLAND — Chase Kemp was asked about his home run count this season.

He was really asked how many home runs he’s launched the last two seasons. His seven dingers this season are six more than last year.

Through 27 games, seven homers is a nice count for someone who says he’s always been a power hitter.

“I only got to coach him for two years, but he’s been a special player,” second-year Nederland head coach Bryan Spell said. “Outstanding defender.”

Five of Kemp’s homers came in a three-day tournament at Clear Falls earlier this season. He homered three times in two games that Friday and once each on Thursday and Saturday.

In a March 31 game at Port Neches-Groves, Kemp came up to bat with runners on first and second and pounded a three-run homer. The next time at bat, he walked with nobody on.

“That speaks volumes about the respect people have for him,” Spell said.

If Kemp fits the mold of a former Bulldog, Spell said, it’s minor leaguer Kirby Bellow, who currently pitches in long-season Class A ball in the Arizona Diamondbacks organization. Kemp is also a left-hander on the mound.

“He works extremely hard and sets an example for our ballclub and is fun to be around,” Spell said of Kemp.

Kemp’s batting has earned him a scholarship with Lamar for next season. He’s the reigning 22-5A Hitter of the Year and won district MVP accolades as a freshman.

Choosing the Cardinals for college was an easy decision for Kemp, especially with a big pool of local players committing to coach Will Davis’ program. Among the November signees were PNG outfielder Logan LeJeune and righty Brendan Dunkleberger.

They’re among a recruiting class for the 2018 season Perfect Game scouting service ranked the 80th best in the nation and top-ranked in the Southland Conference.

“Lamar was an easy decision for me, especially when I went on the visit,” Kemp said. “It feels like home and I liked the coaches. I like the players who are there now, and I think it’s going to be a great fit.

“I think it’s great for the program, especially to get fans because the fans know the local kids. They’re going to go watch them.”

At 7-5 in 22-5A (11-13-2 overall), Nederland is poised to return to the 5A playoffs after missing out last year, with Kemp playing a big part in the Bulldogs’ resurgence. They close their regular season out this week with a series against Port Arthur Memorial starting Tuesday in Port Arthur.

“I think this year we have a lot more leaders take a hold and lead the team like it should be led,” Kemp said.

Lamar sports information BEAUMONT — He was force for the Cardinals from the cleanup spot over the week, and for it... read more