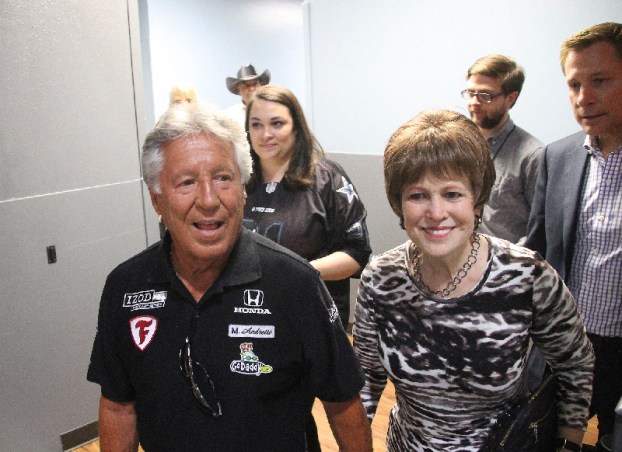 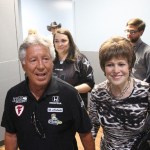 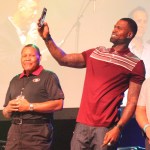 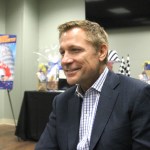 BEAUMONT — In a career that produced victories in the Indianapolis and Daytona 500s as well as championships in the Formula One and IndyCar circuits, Mario Andretti knows great talent in auto racing when he sees it.

So does his son, Michael, who landed one of F1’s winningest drivers on his team for next month’s Indianapolis 500.

“I think it’s got a lot of interest, of course,” Mario, 77, said. “We’ve seen a lot of Formula One aces in the past — world champions — that come over to compete in Indianapolis and put that in their portfolio. Fernando, I think, is very excited about it and rightfully so.”

The acquisition, however, drew criticism in a recent Associated Press column, leading Mario to defend Alonso’s choice to drive Indy. The columnist suggested former Indy drivers Tony Stewart and Danica Patrick, both of whom turned to NASCAR, would have been better draws for a circuit that has seen a decline in popularity in recent years than Alonso, a two-time world champion whose most recent F1 victory came in 2013. Alonso, however, is sixth all-time in wins on that circuit with 32.

“He’s very welcomed, and he has an incredible array of fans around the world,” the elder Andretti said. “It’s good for the sport to have drivers of that caliber move over to different disciplines. I’ve done that during my career and I’ve derived a lot of satisfaction from that. Again, I’m just happy that’s what he’s chosen, and the opportune time is now because if he was a protagonist in Formula One, he would not [skip] the Monaco race. Since he’s not, this is a perfect time while he’s still at the top of his game.”

The Grand Prix of Monaco, which is traditionally run the same day as the Indy 500 and NASCAR’s Coca-Cola 600 near Charlotte, N.C., is the major event on the F1 circuit.

Andretti, the 1969 Indy 500 winner and 1978 F1 champion, said Alonso will not race in Sunday’s IndyCar Grand Prix of Alabama, but he is there to meet with the Andretti Autosport team members.

“When Fernando gets in that car, it will have the proper setup,” Andretti said.

“He should be comfortable immediately. With his talent, obviously, we’ll go right from there and personalize the car.”

“Wide World of Sports” was the theme for this year’s Champagne & Ribs, which is a fundraiser for the Julie Rogers “Gift of Life” Program for prostate cancer screenings and treatment. The Gift of Life conducts free prostate cancer screenings for medically underserved citizens of Southeast Texas during June, considered Men’s Health Month, as well as testing for cholesterol and blood pressure, Hepatitis C and HIV, among other diseases.

“This Gift of Life initiative is remarkable,” said Macatee, who transferred to Lamar from what is now Texas State as he launched his full-time sportscasting career at KBMT-TV in 1977 and graduated the next year. “It helps so many underserved people, and it’s powerful. I’m really a part of this tonight. It’s cool.”

Macatee, a Texas-raised sportscaster who went national in 1982, is widely known for his work on tennis and golf events. The Tennis Channel commentator gave Serena Williams, who suggested Wednesday on Twitter (and had a spokesperson later confirm) that she’s 20 weeks pregnant, high praise for continuing to play at a high level.

Williams’ revelation means that she won the Australian Open when she was eight weeks pregnant.

“She has to be the best player who, I think, ever played this sport, considering all her accomplishments, either on the men’s or women’s side,” Macatee said about the 23-time major champion. “The game is so deep and there’s so much more competition, and what she’s been able to do blows my mind.”

Macatee had gotten word late about the confirmation of Williams’ pregnancy and reacted: “That’s good to know.”

Macatee, who lives in Dallas, will host coverage of the Valero Texas Open this week in San Antonio for CBS Sports. He said the field for the tournament is strong on a “very tough” TPC San Antonio course.

“Typically the scores are among the highest on tour this week,” Macatee said. “You always see guys working hard at that venue.”