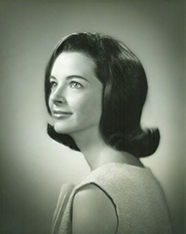 Lizbeth Anne Lofton, 74, a long-time resident of Alexandria, Louisiana passed away on April 3, 2017 at Colonial Oaks in Sugar Land, Texas.

Anne was born on December 26, 1942 in Port Arthur, Texas to Ruth and Ed Lofton. She grew up at First Baptist Church of Port Arthur and was a proud alumna of Thomas Jefferson High School, Class of 1961 where she was honored to serve as Drum Major of the Red Hussars Drum and Bugle Corps. One of Anne’s most cherished childhood memories was attending Camp Waldemar in Hunt, Texas where she spent several summers with life-long friends. Anne earned a Bachelor of Arts degree from Southern Methodist University in Dallas and was a member of Kappa Alpha Theta sorority.

She raised her three daughters in Pineville, Louisiana and was a valuable member of the Junior League of Alexandria. She was appointed to the Board of Trustees for State Colleges and Universities in 1981 where she proudly served a 6-year term. Anne retired from Central State Hospital in 2012 and cherished her work there as a beloved Art Therapist for over 18 years. Anne was a member of Emmanuel Baptist Church in Alexandria and considered her time with friends in the choir and handbell choir one of the ‘greatest joys of her life.’ Throughout her lifetime, Anne used her amazing artistic talent to bless her family and community with creativity, grace, and beauty.

Anne was preceded in death by her mother and father, Ruth and Ed Lofton. She is survived by her brother, Dr. Randy Lofton and wife Judy Lofton of Port Arthur; daughters Ashlea Hewett and husband Steve Hewett of Sugar Land, Alissa Willet of Cupertino, California, and Amber White and husband Eugene White of Aledo, Texas as well as her four grandchildren Jake and Clark Hewett and Gia and Eva Judy White, a host of nieces and nephews, and many other beloved family members.

A private Memorial Service will be held by the family in Hunt, Texas. The family wishes to extend heartfelt gratitude for the outpouring of love, happy memories, and support from Anne’s friends and loved ones.

In lieu of flowers, donations may be made to Emmanuel Baptist Church Music Ministry or Building Renovations Fund, 430 Jackson Street, Alexandria, Louisiana 71301. Condolences may be offered at www.millerfuneral.com