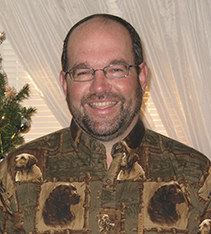 Patrick Stephen Walther, 51, of Port Acres, Texas passed away on Saturday, April 8, 2017 at The Medical Center of Southeast Texas.

Patrick was born on May 21, 1965 in Sulphur, LA to John and the late Rita Walther. He was a 1983 graduate of Hackberry High School and a graduate of McNeese State University where he received a Bachelors of Science degree in Biology. He was active at the Catholic Student Center, and assisted with many Agape and Awakening Retreats. He began his career with the US Fish and Wildlife Service as a seasonal firefighter, a position he loved. He was passionate as a wildlife biologist, working at McFaddin and Anahuac National Wildlife Refuges. He mentored and guided many young biologists starting their career. He cherished the coastal marshes and diligently worked to protect and improve them throughout his 30 years with the Federal Government. He was the Assistant Scout Master for Boy Scout Troop 75 and greatly enjoyed camping and hiking with the troop. He was a bee keeper, hunter, fisherman, and outdoorsman.

Visitation will begin on Tuesday, April 11, 2017 from 5:00 PM until 8:00 PM at the Clayton Thompson Funeral home in Groves, Texas, with a rosary to be prayed at 6:30 pm at the funeral home. The Mass of Christian Burial will be held at 10:00 AM on Wednesday, April 12, 2017 at St. Therese, The Little Flower Catholic Church Port Acres, TX. Rev. Rejimon George, CM.I. will be the celebrant. Burial will follow in the New Hackberry Cemetery in Hackberry, LA at 2:30 PM under the direction of Clayton Thompson Funeral Home.

In lieu of flowers you may make donations to Friends of Anahuac National Wildlife Refuge P.O. Box 278 4017 FM 563 Anahuac, TX  77514 in the loving memory of Patrick Stephen Walther.

Inez Dore’ Arpin, 85 of Groves, passed away on Sunday, April 9, 2017 at the Medical Center of Southeast Texas... read more