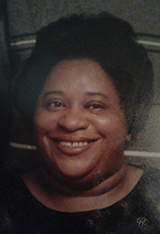 Betty J. Rayford entered into her Heavenly Home on Wednesday, April 5, 2017 at The Medical Center of Southeast Texas. She was born July 28, 1944 to the late William, Jr. and Mattie S. Dupar in Hamburg, LA.  Betty was a 1962 graduate of Dunbar High School in Simmesport, LA and soon relocated to Port Arthur, TX. She was employed with Hughen School and St. Mary’s Hospital before retiring from EduCare.

Funeral services will be held at 11 am Wednesday, April 12, 2017 at New Light Baptist Church with visitation from 9 a.m. until service time. Burial will follow at Greenlawn Memorial Park under the direction of Gabriel Funeral Home.