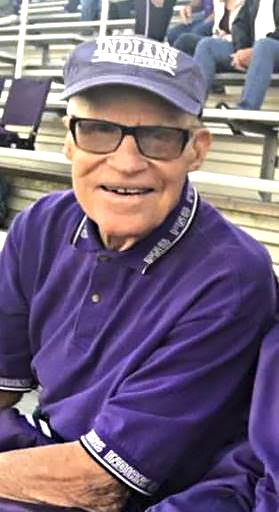 Ken Watson took over the Port Neches-Groves football team for Bum Phillips in 1965 and guided the Indians to 59 victories in eight seasons.

But he’s also remembered for the way he interacted with his players and coaches.

“I was very fortunate to coach under him,” retired PNG coach Phil Vergara said. “He was straight as an arrow. He was a good man, a Christian man. He put God first, his family second and his job third. I was fortunate to coach both his grandsons.”

Watson died Friday morning at Memorial Hermann in Houston, one day after suffering a massive stroke, his son Doug said. He was 86.

“The day before [the stroke], he did his workout at Exygon,” Doug Watson said. “It was a routine, Monday through Friday. The day before (Wednesday), he had gone down there and worked out with all the guys he built a relationship with. He did little cutting up and a little working out.”

Doug Watson, a 1975 PNG graduate, got to play for his father during Ken’s final season as the Indians’ head coach in 1972.

“As a coach, he was stern but fair,” Doug said. “He did his best to try to teach the boys life lessons instead of being all about the win.

“He was a great father, solid as a rock. He loved to watch the kids. He would go down to watch the workouts and different things.”

Ken Watson was born in Port Arthur on Sept. 15, 1930, and raised in Groves, graduating from what was then Port Neches High School. He was a player on the only undefeated football team in school history, the 1946 Indians. They went 11-0 and won the regional championship over Huntsville 46-0.

He had offers from Texas A&M, Doug said, but instead chose Hardin-Simmons because the football team there flew to football games. He lettered three years in football, baseball and track and earned his bachelor’s degree in 1951 and master’s in education in 1952 from the Abilene university.

His first job out of college was in Fort Stockton, where he stayed for six years before returning to Port Neches in 1958. He assisted Wilford Moore and Phillips before being promoted to head coach when Phillips joined the University of Houston staff. Phillips’ son Wade was a quarterback.

As a track coach, he directed a 440-yard relay team that set a national record of 41.2 seconds at a state meet in the early 1960s. The relay team included 1969 San Diego Chargers draftee Mike Simpson.

The Indians won a district championship under Watson in 1968. In his final season as PNG head coach, running back Jeff Bergeron became an All-American.

Watson became an elementary and junior high principal and retired as PNG’s assistant superintendent in 1989.

“His whole life was dedicated to kids,” Doug Watson said. “Even after he retired, he would attend stuff at Lamar, high school events and different things.”

Ken was married to Sara “Tiny” Watson, with whom he celebrated their 65th wedding anniversary this past March 29. They met at Hardin-Simmons, where she was in the band and he was a wide receiver.

Visitation will be from 1:30 to 3 p.m. Sunday at First Baptist Church in Port Neches, with funeral service to follow. A graveside service after the service will be held at Oak Bluff Memorial Park, Port Neches.

BEAUMONT — Eight, three and three were the numbers worth noting Thursday, as Port Neches-Groves completed its expected sweep in the... read more