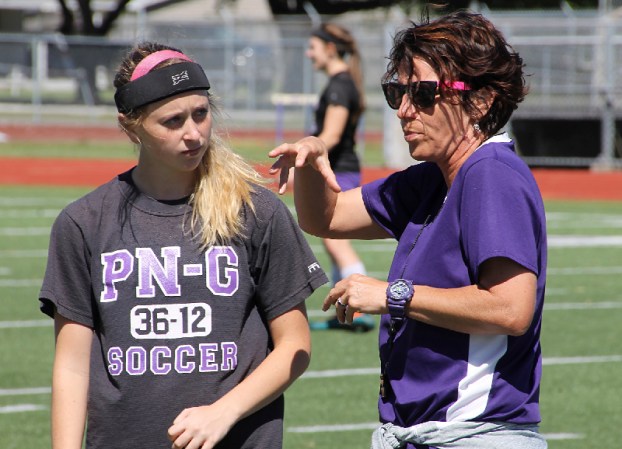 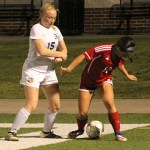 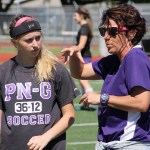 Ask Port Neches-Groves girls soccer coach Aimee Bates about the importance of two Mid-County programs in the same regional semifinal, and she won’t look ahead to Saturday’s championship — which could pit her team against Nederland.

“Well, this game’s big, and I’m proud that two local teams are the last of the four,” Bates said. “That means the level of soccer in southeast Texas and the Golden Triangle has been raised and is high. … It means we’re doing right.”

The District 22-5A champion Indians (21-2-1) are back in the 5A Region III final four for the third straight year, hoping to finally end their playoff woes with College Station (15-6-3) in a match that kicks off at 1 p.m. today at Turner Stadium in Humble.

Two hours earlier, Nederland (20-2-2) will play in its first regional semifinal since 2000 against ninth-year school Leander Rouse, which dropped from 6A for this school year. Nederland made the regional final 17 years ago and is coming off its first regional quarterfinal in 12 years.

Rouse is 19-1-4, but coach Keith Barrow isn’t hiding the fact that a possible third matchup with PNG this season is motivation.

“We’ve got to not look ahead to PNG,” he said. “We have to take care of business Friday. We feel good about the way we’ve played lately. We’re peaking at the right time.”

The Bulldogs have won eight of their last nine and four straight, with PNG handing them their most recent defeat on March 1, 2-1. (PNG also won their Feb. 3 meeting.)

A big comeback effort helped the Bulldogs stay alive Tuesday at the Thomas Center in Beaumont against Lumberton. Nederland erased a 2-0 deficit by halftime and, after a scoreless second half and overtime, won on penalty kicks by a 6-5 count, Emma Roccaforte’s goal making the difference.

“We’re going to try and come out fast and quick at the first whistle,” Barrow said. “We always try to score in the first 10 minutes. You score early, and you keep fighting to score another one.”

That strategy seemed to work for PNG against Porter on Tuesday in Mont Belvieu. The Indians were ahead 3-0 at halftime with help from Grace Seymour’s two goals and held on to win 3-2.

They may need to do it more than once, though.

College Station has been a thorn on PNG’s side in the playoffs, sending the Indians home in 2014 and 2015. A&M Consolidated knocked out PNG in this round last year.

So, what is it about the College Station area that’s proven problematic for PNG?

“They have very strong high school programs there, very strong club teams,” Bates said. “It’s never been a blowout. We lost 1-0 last year. It’s not a consistent thing. They just scored more goals than us.”

Not to be outrivaled: Bulldogs’ efforts hold up at The Reservation