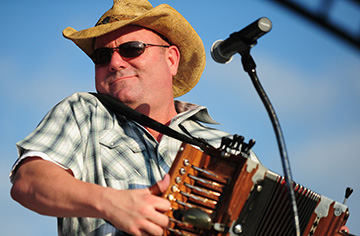 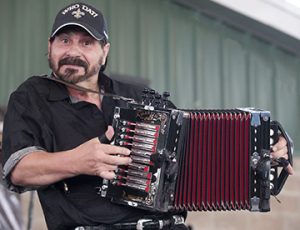 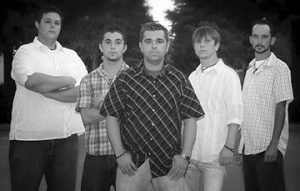 Travis Matte and the Kingpins

Where else can you watch crawfish races, an accordion contest, take part in a crawfish eating contest and have fun at a fais-do-do than the Cajun Heritage Festival in Port Arthur on Saturday?

Tickets are $10 each, with children 12 and under getting in free.

Gloria Roy with Cajun Sounds Internet Radio, which is one of the sponsors, is excited about this year’s event and of the newest attraction, an accordion contest.

“We have quite a bit of talent,” Roy said. “We have people who previously won in other contests in Texas and Louisiana coming.”

Fan favorites Travis Matte & The Kingpins, Jo-El Sonnier and Jamie Bergeron & The Kickin’ Cajuns are just some of the performers that will take the stage. Roy said there will be also be a dance floor this year.

Bergeron and his band are oft requested to perform, she said.

“Their band is something to be experienced and they are probably the most sought-after band in Southwest Louisiana and Southeast Texas,” she said. “With them, it’s a party.”

Vendors will also be on site with everything from boiled crawfish to turkey legs to jambalaya. Beer and other drinks will be sold.

Sue Bard, executive director of the Southeast Texas Arts Council, told of some of the other events to be held during the festival.

“One of the highlights of the event will be a crawfish eating contest.  Contestants will be given two pounds of boiled crawfish and they’ll eat as fast as they can. The contest ends when one contestant raises their hand to signal they’re done. All the trays will be weighed, and the contestant with the lightest weight tray will be declared the winner,” Bard said. “A single winner will receive a two hour kayak trip for six out of Sea Rim State Park, courtesy of the National Park Service, and a $150 gift card to the Rodair Roadhouse in Port Arthur.”

The cost to enter the crawfish eating contest is $15.

Bard said she’s excited of the support that the organization is getting from the State through Texas Commission on the Arts, the Foundation for Southeast Texas, the music and theater departments of Lamar State College – Port Arthur, the Rodair House, and Cajun Sounds Internet Radio.