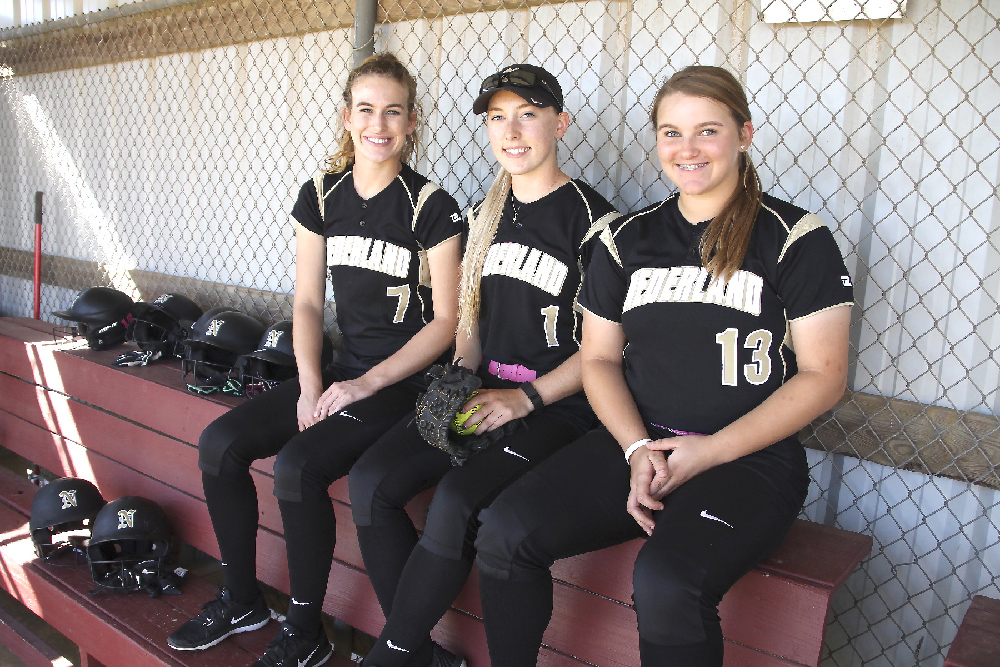 BEAUMONT — Will Mallette is used to having as many as five girls with the same middle name on his softball team at Nederland.

“I think we had a bunch with the middle name Nicole,” the fifth-year Bulldogs’ coach said. “But this is the first time with three named Hannah.”

Smith, for example, drove in three runs and hit 2 for 3 Friday in Nederland’s three-inning, 16-0 blanking of Central. The centerfielder now has 15 RBI on the season in 27 games.

“I did a lot of working out over the summer to prepare myself for this year,” Goode said. “I was in the gym. I was playing select ball. I was trying to do everything I could to stay in the best shape.”

Mallette credits Goode’s average to quality at-bats and her ability to make adjustments throughout the game.

“They’re probably going to give you the same type of stuff the second time through and [Goode shows the ability of] making that adjustment,” he said.

Grumbles is seeing more action in her second varsity season. The catcher and third baseman scored two runs for her 21st on the season and was 1 for 2 Friday.

“Freshman year was definitely stressful and a lot to take in,” Grumbles said. “It was hard to get used to less playing time, especially coming from younger years of select ball. But I knew, freshman year, I wasn’t playing as much as I’d liked, but I worked really hard over the summer and luckily am playing more time this year.”

Nederland (17-9-1) needed only five hits and took advantage of six Central errors in the win. Amanda Longlet (two RBI) and Bailey Beard (one RBI) also had hits for Nederland, while Jessica Saenz held the Jaguars to one hit and struck out five in 34 pitches.

The three Hannahs have a history of playing with at least one another in youth-league and AAU-type softball. Grumbles and Goode played together before, as did Goode and Smith.

These days, all three get along just fine.

“I just really enjoy the girls,” Grumbles said. “Our upperclassmen are amazing. I couldn’t ask for a better group of underclassmen.”

While it’s no coincidence they’ve joined together on the Bulldogs’ varsity team, all three of them being named Hannah is.

Smith was named after Hannah, mother of Samuel in the Bible. Grumbles — nicknamed “Cookie Crumbs” or called by her middle name Marge — was named by her sister, who had a friend named Hannah.

Nonetheless, it’s good to be Hannah from Nederland.

“We have a strong, competitive team, and we all get along,” Smith said. “There’s so much team unity. I think we have the team and the unity to go far and do good things.”