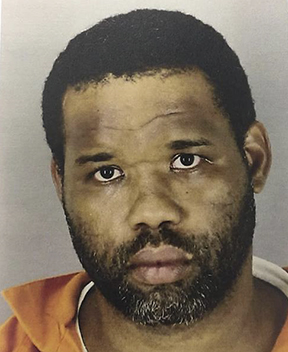 Damond Lewis, 39, is sought on a felony robbery warrant and is a person of interest in the 2014 murder of Eric Darnell Noel.

Port Arthur Police are seeking a man on a felony robbery warrant who is also a person of interest in a 2014 murder.

Damond Lewis, 39, has been seen in both Port Arthur and Beaumont, according to information from Port Arthur Police Department. 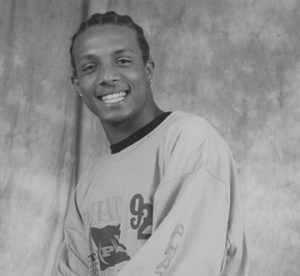 The police ask anyone who knows the whereabouts of Lewis to call the PAPD at 983-8600 or Crime Stoppers at 833-TIPS.

Police had received a call of a ‘man down’ shortly after 1 a.m. Feb. 14 in the 800 block of Ninth Street. When they arrived, they found the victim with a gunshot wound. He was sent to Christus St. Elizabeth Hospital in Beaumont where he later died.

PAPD Officer Mike Hebert said there had been a several altercations in the parking lot at nearby BJ’s Food Store, 1201 Seventh St., and at some point Noel walked away. Within minutes shots were heard and when officers arrived, they found Noel down on the ground.

Lula Noel, the murder victim’s mother, recalled that fateful night when she got the call of the shooting.

“There was an altercation, from what I heard. A person at the store said he (Eric) got into an argument with this guy and afterward he ended up leaving. He left walking to his girlfriend’s house like he’s done so many times,” Lula Noel said. “They believe the same guy went around the corner and opened fire, just like that. Over an argument.”

Eric Noel’s parents were in bed when the call came in.

“It was so hard. It was the worst time. Oh my God. I couldn’t get out of the house fast enough. The cops were trying to get some info out of me, and they had my other son’s picture up. There was some confusion,” she said. “By the time we got to the hospital it was an hour later and he had passed. I never got to see him ‘til his funeral. You know how hard that was? You don’t get to see your child until a week or two, see them at the funeral home.”

The grieving mother never got to say goodbye to her son. The doctors came out of the emergency room and said, “he’s gone.”

“There was nobody there to comfort us. It’s over. It’s bad,” she said. “Like, all through the years, I don’t even know how to explain it.”

Lula Noel begged the public for answers and has never stopped seeking closure.

“I have hope and faith. I hold on to that,” she said. “I was putting out flyers everywhere, pleading and pleading, that’s all I could do, hoping that justice would be served one day. You know how people are scared to come forward? I understand that. I had to learn to let it go and put it in God’s hands. It was taking a toll on my and my family.”

According to his mother, Eric Noel was an outgoing person, full of life. He had worked with his father as a welder’s helper and was once living in Houston. After he lost that job he didn’t seek another right away. Prior to this he had been involved in semi-professional football, was gregarious and knew many people.

“He was full of life but our kids, they can fall to the way side,” she said. “But all in all, he didn’t deserve to die the way he did.”

Eric Noel, she said, was killed by a shot to the back.

Besides his parents, Eric left behind a young son and a daughter who was born a few days after his death. The family works to keep his memory alive.

“When we go to the graveyard, his daughter runs to the grave like she’s been knowing him all her life,” she said. “She’ll sit down wit her brother (at the gravesite) and they’ll talk to him. It’s like she knows who he is.”

GROVES — Crawfish lovers have a chance to fill up and compete for a cash prize during a crawfish eating... read more