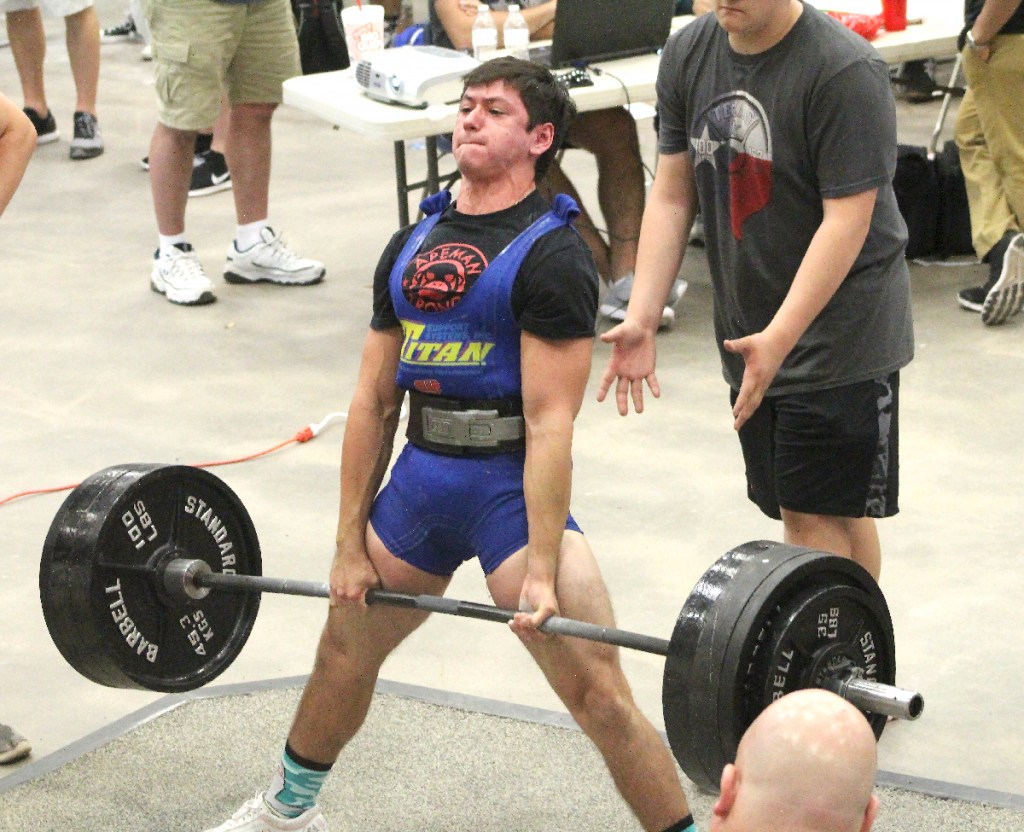 Gage Carreon of PNG performs a lift during the state powerlifting meet on Saturday in Abilene. (Courtesy photo)

Two years after being a novice to the sport of powerlifting, Gage Carreon of Port Neches-Groves nearly became a state champion.

Carreon finished second Saturday in overall standings for the 165-pound weight class at the Texas High School Powerlifting Association Division I state meet in Abilene. The record-setting Region IV champion beat his regional total of 1,450 by 70 pounds but was 60 pounds behind eventual champion Daniel Leita of Port Lavaca Calhoun.

Carreon, whose regional total and 615-pound deadlift in regionals broke records, deadlifted 610 in Abilene. He squatted 585 pounds and benched 325.

Carreon, who finished 17th at state last season, told The News earlier this month he didn’t know what a deadlift was two years ago. But the running back and fullback for the Indians has made powerlifting his passion now.

Division I includes schools that are classified as 5A and 6A.