Break for basketball: ‘Bringing Back the Glory’ closes 2nd year 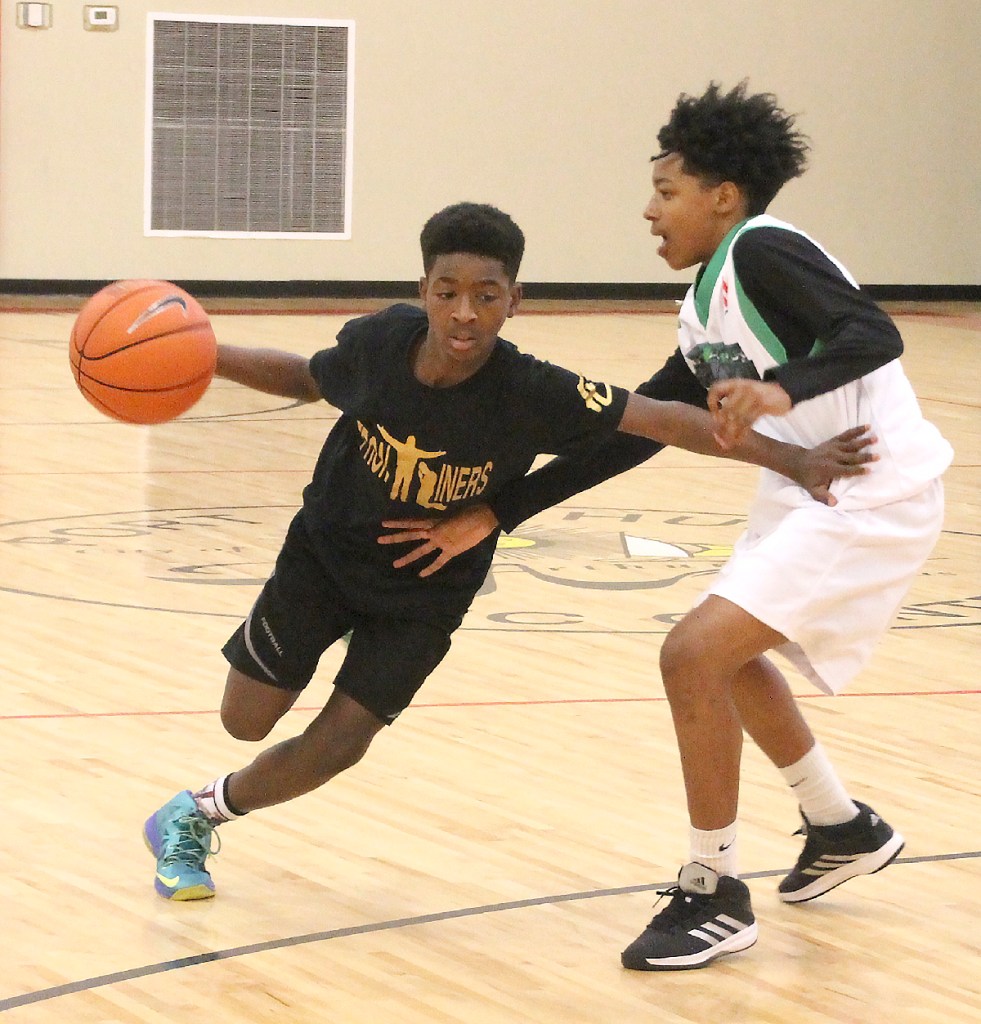 Isaac Trice of the Frontliners goes around Mark Davis of the Port Arthur Splash on Friday. (I.C. Murrell/The News)

Something about March and basketball brings the masses together.

The combination is a spring break ritual across the country.  Crowds flood select major arenas this time every year watching college teams try to play their way into a bigger arena in April.

But at the Port Arthur Recreation Center, kids who have dreams of college basketball play out their own March Madness called “Bringing Back the Glory”.

“It’s a great experience, working with all these kids,” said Adrian Barnes, one of the volunteer coaches. “It’s fun and entertainment for me because it’s something I love to do. It gives back to the kids. Anything we can to keep the kids off the street and away from things they’re not supposed to do, I’m willing to go for it, free of pay and everything.”

“Bringing Back the Glory” wrapped up its second year with six local teams in 9-under through 18-unsigned age groups, four fewer than last year. But tournament founder and director Wanda Bodden said the tournament, which honors the glory days of Lincoln High School basketball, drew more participation from kids and involvement from parents.

“I have fielded teams this year with more parent participation, spectators and the boys just getting around,” Bodden said. “I had some kids call this morning that wanted to make up some teams, but I had to match things up, so things really worked out.”

Teams from greater Houston and Lake Charles that participated last year were not able to return this time.

“Some of the kids that came last year, like from Lake Charles [Washington-Marion], they went to the championship and won the championship, so they had to pump the brakes.”

Emily McElroy of the Lady Heat won the three-point contest, and Amanda Onourah of the Lady Hawks was named the female MVP.

“Bringing Back the Glory” extended into a four-day event this year, beginning with Midnight Madness on Tuesday and Wednesday, where kids played pick-up games during the evening (not into midnight, however).

“It was a huge success,” Bodden said. “We had the gym packed and full. The balls were up in the air, and it was crazy.”

But the Titans’ success this season, Bodden said, helped attract more kids to “Bringing Back the Glory.”

Different kind of madness: PNG setting out to go…