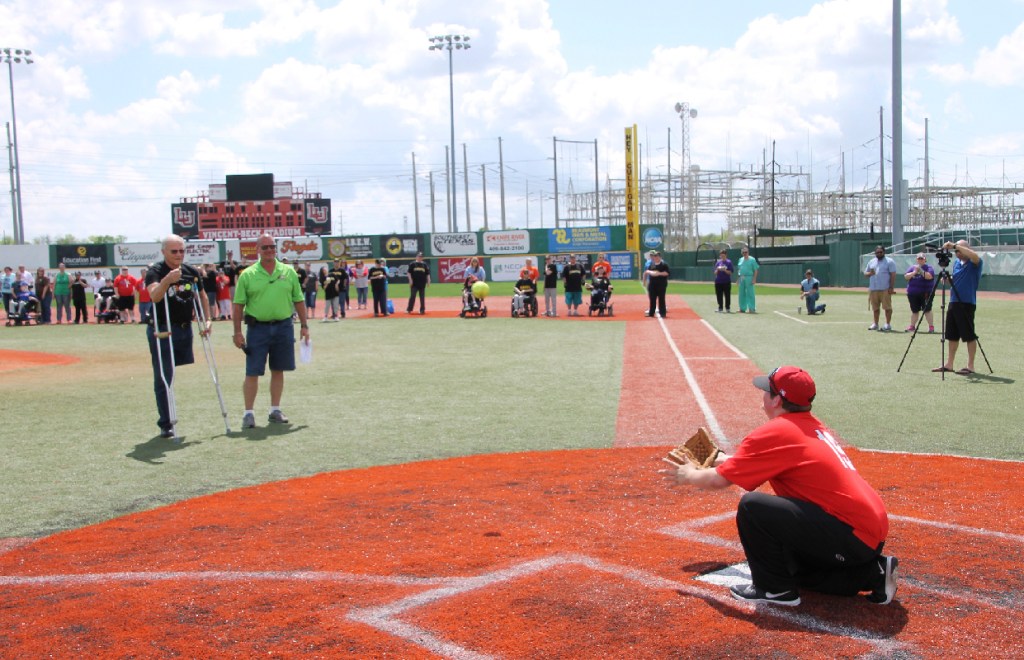 BEAUMONT — Vincent-Beck Stadium at Lamar University is only a reminder of how much Adaptive Sports for Kids has grown.

For baseball alone, 137 players from childhood to adulthood have signed up. That’s a 10 percent increase from last year, said ASK co-founder and President Scott Ferguson.

ASK held its opening ceremony at Lamar’s baseball facility for the second year in a row Saturday due to the continued growth of the sports league designed for special-needs children and adults. Volunteers, including some from Orangefield High’s baseball and softball programs and Port Neches Little League, were on hand to help the participants bat and get around bases.

Even Batman, Darth Vader and a “Star Wars” stormtrooper were on hand to take photos with kids and cheer on the ASK athletes.

About 500 persons took part in ASK’s sports programs last year, according to Ferguson, an uptick of about 50 from the year before.

Ferguson thinks ASK has grown through word of mouth about the organization. ASK, which does not advertise, hosts many sports throughout the calendar year.

“We play different sports year-round so these kids can stay active,” Ferguson said.

Entering its sixth year, ASK has started fundraising for its own sports complex that Ferguson says will be 100 percent accessible to those with disabilities. The complex will be built at Doornbos Park, which is the current home for ASK.