Different kind of madness: PNG setting out to go farther than regional semis in 5A soccer 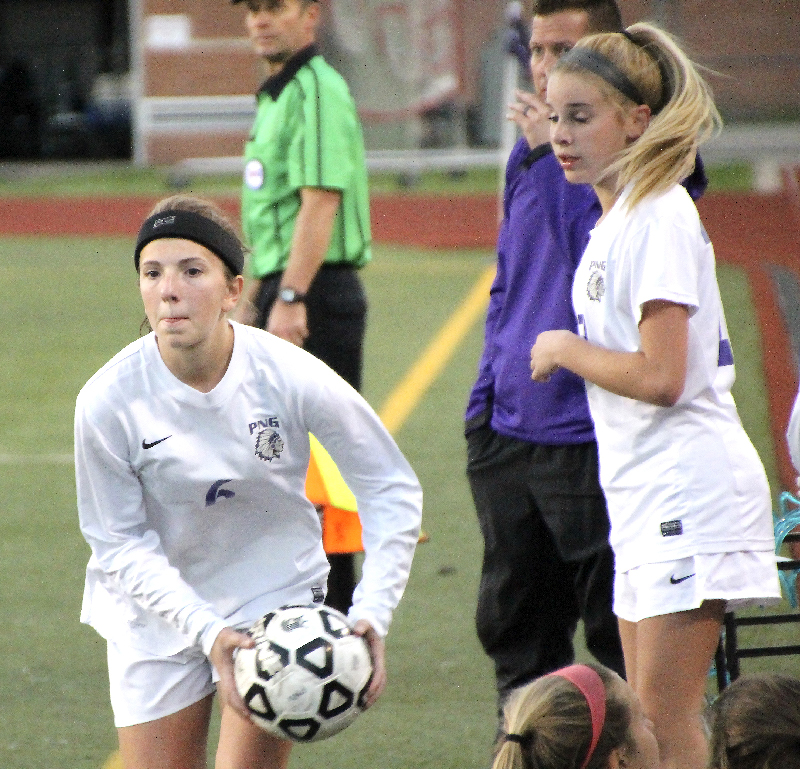 Port Neches-Groves girls soccer coach Aimee Bates has been a little too busy to just sit around and watch the NCAA basketball tournament, but March is still a maddening month for her team.

In a good way, of course.

“I feel good about our playoff run and the soccer we’re playing,” she said. “Just like you’re watching the basketball tournament, you have to have a little bit of luck. You have to show up at the game to be consistent. I feel good about it.”

The level of confidence Bates has right now, the District 22-5A champion Indians (19-2-1, 12-2) could go farther than they have the past two seasons — and they went deep both times.

College Station-area teams have gotten the best of PNG both times in the regional semifinal, or fourth round of the 5A playoffs. Fairly-new College Station High in 2015 and A&M Consolidated last year bounced PNG out of the playoffs. PNG was the third seed out of 22-5A last season.

This year’s Indians are on a roll going into the playoffs. They’ll go for an 11th straight victory next Friday at 5 p.m. when they take on New Caney at Turner Street Stadium in Humble, the site of the 5A Region III semifinals and finals.

“We’re excited about playing there and getting a good experience,” Bates said.

Nederland will take on Barbers Hill at 7:30 p.m. next Friday at Lamar University.

The winning streak hasn’t been easy to attain. Three of the wins during the run that began Feb. 14 were decided by one goal. Three other wins this season have ended in a similar result, with both losses decided either in double overtime or a shootout.

But the Indians offense, led by senior Hailey Loupe’s 19 goals and 12 assists, is playing at its highest level this season, Bates said.

“After five months, we’re making runs and moving the ball like we should,” she said. “We’ve been winning in district and finding a way to win, but it hasn’t been always beautiful soccer.”

The defense has been just as nice for Bates. Seventeen of the Indians’ 19 wins have resulted in shutouts.

“We are hard to score on,” Bates said. “I think two reasons; Kacie Wallace is a solid leader back there. She is as fast and smart and the glue that holds that defense back there.

“The second reason is Libbie LeJeune. If you do make it past our defense, it’s hard to get it past Libbie. She’s got a vertical — she’s a volleyball player. You’re not going to score in the air on her.”

Bates’ players aren’t quite as busy, as they began a 10-day break between games following Tuesday’s 5-0 win over Livingston. But the coach doesn’t expect much rust from her team when they return to practice from spring break.

“They are actually getting a break from now until Monday,” she said. “I think that’s going to make them miss soccer, and they’ll be back ready and recharged.

“The fact we can go back and have a good four days’ practice, that’s a coach’s dream.”