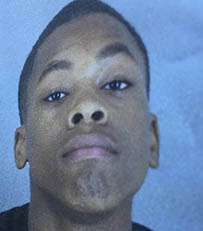 A Port Arthur man, wanted on an outstanding burglary warrant, is also a person of interest in a number of shootings in the city.

Police posted on Facebook a photo of a man they said is Sias holding an AK-47 in what appears to be a gym. 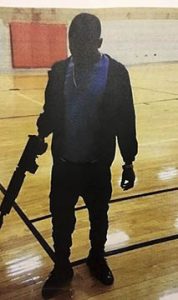 Port Arthur Police believe this is a photo of Jeffery Sias Jr., who is sought on an outstanding burglary warrant and believed to be a suspect in several shootings in the city.
Courtesy photo

“It was a very disturbing picture when we saw it,” Officer Mike Hebert said. The victims from some of the shootings have not been cooperative with police.

The most recent shooting happened Sunday at Prince Hall Apartments, in the 900 block of West 14th St., where 14 shots were fired injuring two men, ages 18 and 19.

“Both were shot in the back, lower torso area,” he said. “One was treated and released and, to my knowledge, one is still hospitalized from his wounds. Neither individuals are cooperating.”

Hebert said the people involved are part of tight-knit criminal street gangs and that there are several of these gangs involved in these shootings.

“We have taken several of these subjects into custody and we are asking for the public’s help. We know that several of these shootings, especially in these apartment complexes, there are witnesses we know that are afraid to come forward and are asking them to at least call Crime Stoppers,” he said. “These individuals have no respect for life itself, especially if they open fire in a crowded apartment complex or fire from a vehicle into a house where there are children.”

Several of the recent shootings are retaliatory in nature and police are investigating the groups of individuals.

Persons with information can call Port Arthur Police Department at 983-8600 or Crime Stoppers at 833-TIPS.

There are three ways to submit a tip to Crime Stoppers; by phone, on the web at 833tips.com, and by downloading the app P3tips app.

All tips are confidential.

It was a case of no quorum, no meeting for the Port Arthur City Council. The regular meeting was scheduled... read more