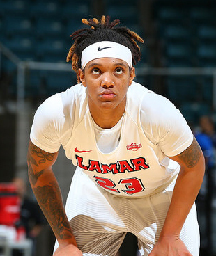 BEAUMONT – The Lamar women’s basketball team is headed to a national postseason tournament for the fifth time in the last eight seasons, as the Cardinals (22-7) accepted a bid to compete in the WBI. LU will travel down I-10 to face the Rice Owls at the Tudor Fieldhouse in Houston at 7 p.m. Thursday.

This marks LU’s second appearance in the WBI. The Cardinals competed in the 2013 WBI, advancing to the second round with a 70-48 win over Presbyterian before falling to South Dakota 71-48.

The Cardinals last appeared in a national postseason tournament in 2014, dropping a 75-60 decision at Southern Miss in the first round of the WNIT.

Should the Cardinals win on Thursday, LU would host a second-round WBI game on the weekend. The date and time have yet to be announced.

The WBI is a 16-team postseason tournament that started in 2010. The Louisiana-Lafayette Ragin’ Cajuns have won the past two tournaments.